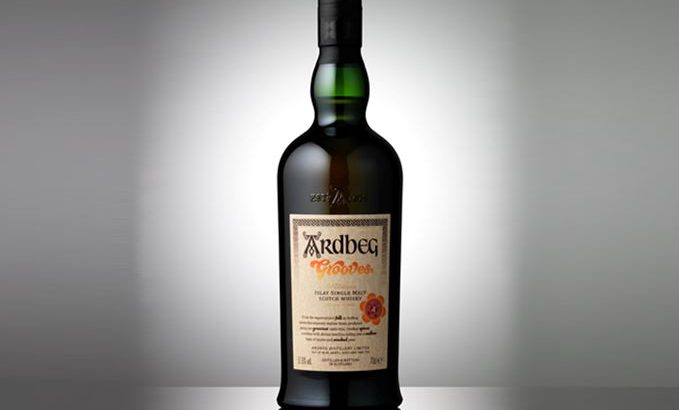 The annual release ties in with Ardbeg Day on Saturday, 2 June, an annual celebration centred on the distillery’s open day during Fèis Ìle, the Islay Festival of Music and Malt.

For this year’s bottling, director of distilling, whisky creation and whisky stocks Dr Bill Lumsden has matured part of the whisky in re-toasted red wine casks.

These casks were intensely charred to create heavy grooves in the surface of the wood, designed to produce more intense flavours of ‘smoked spices, distant bonfires and chilli-seasoned meats’.

As in previous years, two variants will be launched to mark Ardbeg Day: one bottled at 46% abv and on general release, priced at around $170 for a 70cl bottle; and another bottled exclusively for members of the Ardbeg Committee at 51.6%, priced at around $200 a bottle.

The latter will go on sale at 9am next Wednesday, 14 March, and Committee members will be sent a link to purchase their own bottle.

Ardbeg Day will include a live online tasting, broadcasting to all Ardbeg Embassies around the world, plus the launch of the single malt’s Summer of Peat & Love campaign, with a 1960s-style VW van touring festivals, bars and Ardbeg Embassies across the UK.

‘The Ardbeg Village of the 1960s was a very different place – a groovy wee community, with its own post office, billiards hall, two choirs and even a football team,’ said Ardbeg distillery manager Mickey Heads.

‘These days the Ardbeg community is a worldwide one, and Ardbeg Day is the best way for us all to come together and raise a dram to the ultimate Islay single malt.’