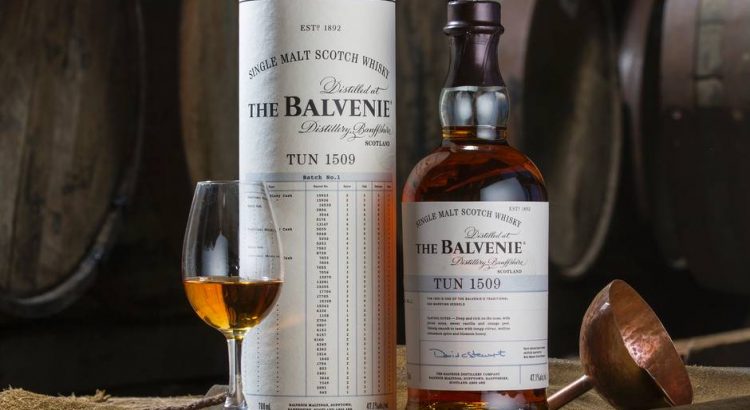 The third expression of The Balvenie Tun 1509 is being released in global markets this July, with less than 9,000 bottles available world wide and less than 200 bottles for Australia.

The annual no-age-statement release is a unique vatting of casks married together for a period of months in the Speyside distillery’s Tun 1509.

Only the cask numbers and tasting notes of each cask type are printed on the label.

The casks are married together in the tun before being bottled without chill filtration at 52.2% abv.

David Stewart, Balvenie malt master who was awarded an MBE earlier this year, said he hoped Batch 3 would gain as much recognition as the series’ two previous expressions.

‘We have been overwhelmed by the positive reception and recognition that Batches 1 and 2 of Tun 1509 have received from the industry,’ he said.

‘We hope this limited release of Batch 3 will be received in a similar fashion as it possesses those familiar Balvenie characteristics that made previous batches so popular.’

Balvenie Tun 1509 Batch 3 is limited to 8,850 bottles, which will be distributed in Australia from November 2016 at an RRP of $599.99. Demand for this whisky will be incredible and only a select number of dedicated afficiandos will have the chance to try this beauty.

The annual Tun 1509 release was introduced in 2014 to replace The Balvenie’s popular Tun 1401 expression. If you are in Australia and you would like to buy Balvenie Tun 150 Batch 3 click here.