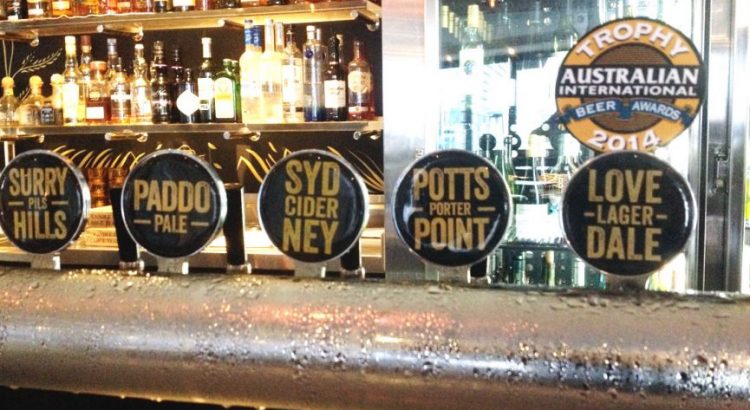 The Sydney Brewery range of craft beer is nothing short of impressive. Whether you’d go for the interestingly innovative Agave Ginger Cider or the admittedly ‘left of central’ Surry Hills Pils, you won’t go wrong with these award winning brews.

The original Love Dale Brewery was founded on the Crown Plaza site in the Hunter Valley in 2005, the Sydney Brewery now finds itself taking a residence in Sydney’s World Square at the Macquarie Hotel. The move of headquarters came with a name change to reflect the new Sydney location. The ‘Love Dale Ale’ pays homage to the humble beginnings out in the Hunter and many of the new brews like the ‘Glamarama Summer Ale’ pay their respects to Sydney, this one specifically Tamarama in the East, and the fact that if it’s not ‘the look’ that’s hot it’s the weather. Or being summer in Sydney’s east, it’s both.

You’ll find these seriously local brews scattered across your favourite bars in your favourite suburbs across Sydney, but now, they’re also available at MyBottleShop.com.au!