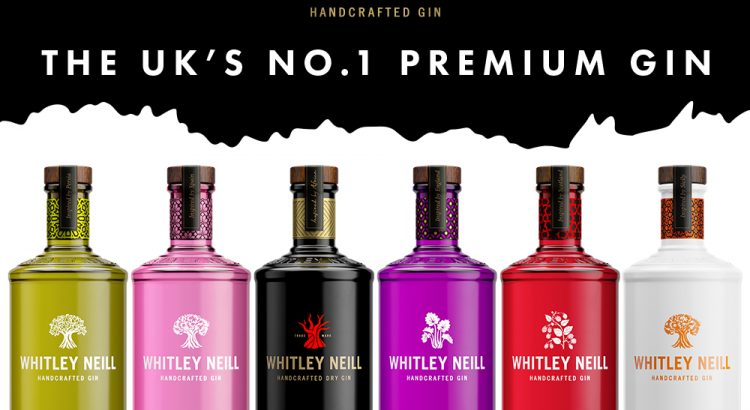 When it comes to a G&T, I love to try new flavours.

The OG – gin and tonic with a garnish of lime or cucumber is always a winner but lately I’ve been expanding my horizons and trying the out-of-the-ordinary and extraordinary.

Usually this comes in the form of different tonics and garnishes – peppercorns, raspberries, mint, the likes. I’ve found that a bottle of gin can taste entirely different if you change these elements. It can go from sweet to sour, from fruity to bitter. For me, I’ve found I enjoy fresh, botanical flavours over the sweet.

Finding what you like is key when choosing the right gin and making the perfect G&T.

In the case of this article’s showcased gin, my flavour didn’t come from the garnish, it came in the bottle – a stunning purple bottle at that.

Unlike a lot of the shiny new gins I present in this series, Whitley Neill has been around for quite a while. The company started in 2005 in Birmingham. The first bottle was inspired by the flavours in Africa and each bottle after that has followed suit, taking inspiration from areas such as England, Persia, Scotland and Sicily.

I got my hands on a gin bottle with flavours inspired by England, which is Rhubarb and Ginger.

Like most craft gins, Whitley Neill is distilled in small batches. The company won a gold medal at the San Francisco Spirits Competition in 2014 and was named as one of the five best gins to buy in The Telegraph.

This is one of the most eye-catching bottles I own. It sits proudly on the top shelf of my drinks trolley and it’s often the first one people pick up to look at when they’re in my room.

The reason for this is that the bottle is a vibrant purple colour.

I don’t have any other bottles like this, it really throws off the monochrome colour scheme I have in my bar, but I don’t mind that.

The bottle is really stunning, thick and heavy in weight, with a picture of the rhubarb plant on its front. Below the cap is a bright, patterned label that circles around the top of the bottle. 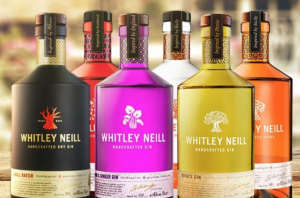 Gin has been in Johnny Neill’s family for eight generations.

His family had been distilling gin since 1762, which sparked his interest from a young age. His grandmother taught him the tricks of the trade, how to infuse gin with a crisp sharpness of juniper berries along with several other flavours. Neill was fascinated at how dramatic an introduction of an aroma or flavour could change the taste of the gin.

This interest drove him to create a product that would capture his family’s passion.

The gin is made from a 100% grain spirit, steeped with botanicals before being distilled in an antique copper pot still called ‘Constance’, who is over 100 years old. It is stilled with the purest water and a range of carefully selected botanicals.

The rhubarb and ginger gin was created to bring a taste of the English countryside to homes across the world.

While most of Neill’s gins take inspiration from his ancestors explorations abroad, this particular bottle reflects his own fond memories of visiting his grandparent’s garden. 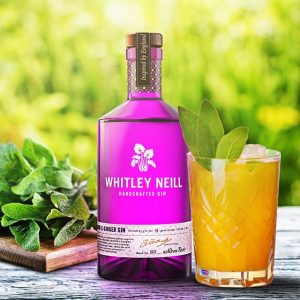 Judging by the long list of botanicals, you can see that it’s a pretty flavoursome spirit.

It’s a tart and citrussy gin with a fresh and fruity flavour of rhubarb combined with a warm spice of ginger. 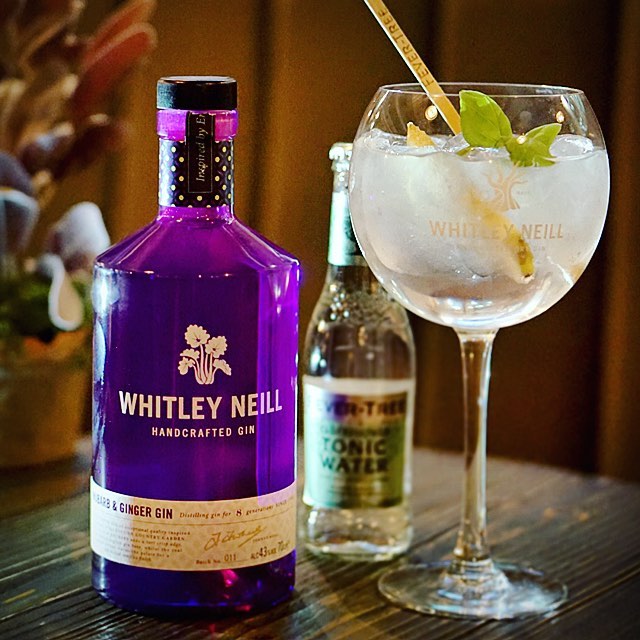 Straight away you’ll be met with pungent citrus tones. Following on from that you’ll get a warmer, welcoming hint of spice.

At first you’ll get that sharp, sour tartness of the rhubarb and the distinctive flavour of juniper berries, followed by a spicy kick resulting in a crisp yet tingling taste that has a nice comforting feel.

No complicated tonics are needed here – the gin does all the talking.

You really get that whole flavour – sour and spicy with a hint of sweetness.
Alternatively, this gin can be mixed with ginger beer, which gives it a flavour sensation. 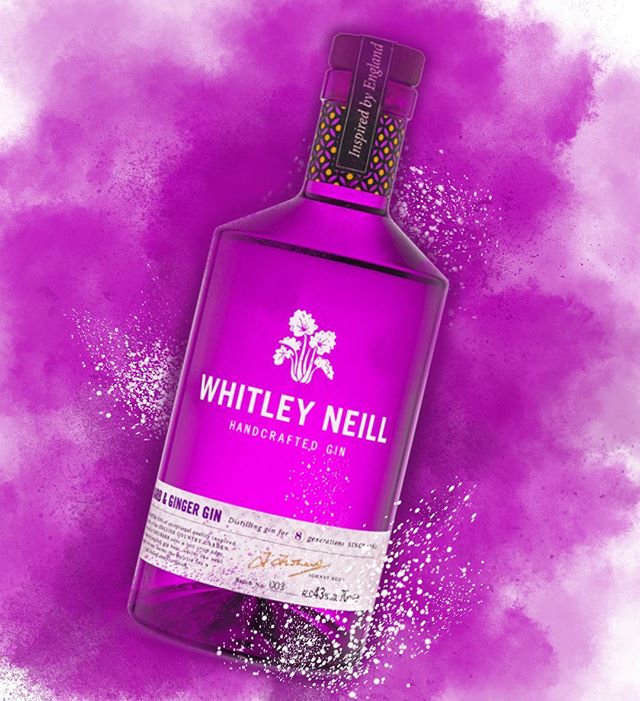 Where To Find It:

It’s a pretty good price for a craft gin, cheaper than most high end products.

This gin really did impress me. It’s nice to try something a little different from the rest.