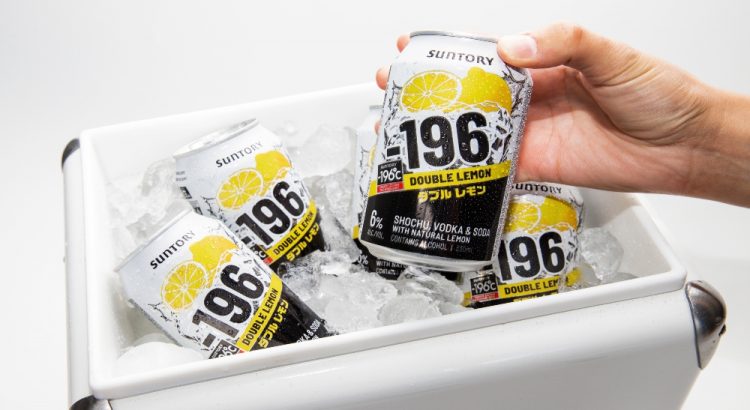 Beam Suntory’s leadership in bringing the best of ‘brand Japan’ to Australia has been cemented with the group’s next release, minus 196 Double Lemon (-196).

Aussies will soon be able to experience the intensity of Japan’s popular ready-to drink (RTD) ‘-196°C Strong Zero’, with its maker Beam Suntory launching -196 Double Lemon in Australia this June. Known as the ultimate Japanese refreshment drink, -196 is set to bring the taste of Tokyo to consumers.

The very name -196 speaks to the intense production process of the product. Remember when you witnessed the explosion of liquid nitrogen in science class at school? Beam Suntory uses exactly that technique; a whole lemon frozen in liquid nitrogen at a temperature of (you guessed it) -196°C, then pulverized and soaked in alcohol – creating an extreme lemon drink. This is refreshment at a whole new level from a land famed for its intense spirit.

The premix blend is made from shochu, vodka, soda, and lemon, and uses Suntory’s unique “Freeze Crush Infusion Technology” that freezes and crushes real fruit to capture every bit of all-natural lemon flavour. With only 0.3 grams of sugar and 122 calories per can, -196 is the perfect drink option to kick start your night out.

“Aussies who’ve travelled to Japan show a genuine love for one of its biggest and fastest-growing RTD brands and cult-favourites ‘-196°c Strong Zero’, and we know that the love will be fulfilled by -196 Double Lemon. We also foresee growth via newcomers to the Japanese-style premix category with the launch of this popular drink,” says Beam Suntory Director of Innovation, Kay Oh.

“We want Aussies to feel like they’re enjoying the real deal straight from the fridge of a convenience store in Tokyo. The product is unmistakably Japanese, and we have no doubt that it will make waves for young Aussies looking for a high ABV (6%) drink that delivers next-level refreshment.”

-196 Double Lemon hits Australian shelves for the first time this June and will be available at leading liquor stores from August; priced at RRP $22 (four pack) and $47 (10 pack).