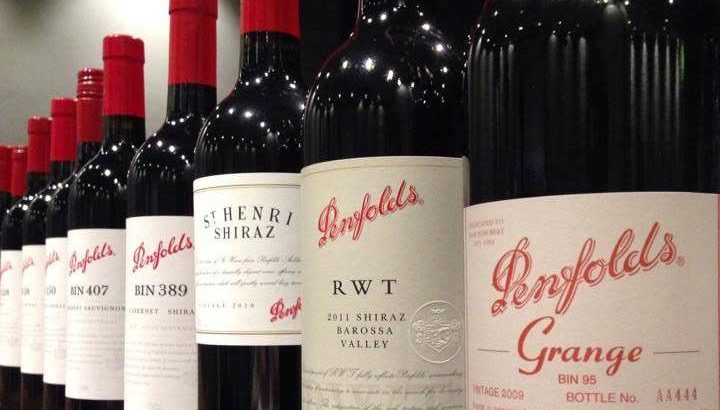 The annual unveiling of the Penfold’s Annual Wine Collection is one of the biggest days on the Australian wine calendar. Not only do we see a plethora of excellent wines from across a range of vintages – this year, five vintages, seven varieties and fifteen different regions form the Collection – but there is the jewel of Aussie plonk – Grange!

Many years ago, I remember talking to Olivier Humbrecht from Zind Humbrecht, the revolutionary Alsace producer. Olivier was France’s first MW and has taken Alsace wines to new heights. He told me that prices for his wines went up and down depending on the quality of the vintage. Now, that is hardly extraordinary news. Indeed, it is to be encouraged. Then he explained. Not the quality of the vintage in Alsace, but rather the quality of the vintage in Bordeaux (hopefully, things have changed now). So intrinsically linked to the public perception of European vintages was Bordeaux that what actually happened in other regions was nearly irrelevant. Bizarre, but an opportunity to pick up some top wines from great Alsace vintages when Bordeaux was not at the peak of its game.

What has this got to do with Penfold’s? Simply that far too often do we see the quality of the latest Grange determine the fate of the entire release in many minds. It should not be so (although so rarely is Grange anything but superb, it probably doesn’t matter too much). Look through the Collection and you’ll find an array of wines you will love. And possibly some you don’t.

How then, does the latest Grange, the 2014, measure up? If one may go straight to the bottom line, it is an exceptional wine. I’m not sure it quite matches its brilliant predecessors, the 2012 and 2013 (both destined for legendary status), but in the end, it probably comes down to personal preference. For me, I’d drink the ’14 while cellaring the ’12 and ’13, but all will age for decades.

What many will focus upon, once past Grange, is the fact that this release has seen some significant price increases. One can argue that this just helps bring various wines into line with overseas peers. Others may feel that Penfold’s is making hay. The reality is that these prices largely reflect demand, especially from the Asian markets.

Whatever one’s views, for those who have seen a number of vintages, the new prices must inevitably cause a smidge of hesitation. The response I have heard most often, in respect of this Collection, is, ‘I remember when I could buy XYZ for $ABC”, where XYZ represents much-loved Penfold’s wines that would find a home in cellars, year after year, and ABC could be defined as peanuts.

Yattarna 2016 ($175). Yattarna is the pick of the whites. Glorious. Regal, elegant and delicate, with spice, citrus, wet stone, white peach and white jasmine. This is immaculately balanced with great length, and maintains intensity throughout. World class. The fruit is from Tasmania, Tumbarumba, Henty and the Adelaide Hills. 97.

Bin 138 Shiraz Grenache Mataro 2016 ($60). Right from the first release with the 1992 vintage, this has been a personal favourite. For me, never misses (on the other hand, I can never get to grips with Bin 407). Perhaps not the sensational value it once was, it is still a joy to drink. The blend, all from the Barossa, is 72/16/12. Spices, warm earth, dark fruits, it is more rustic than others in the line-up, but none the worse for that. Good focus and lots of length. It does seem younger than it often appears on release, but should have an exciting decade ahead. 92.

Bin 389 Cabernet Shiraz 2016 ($100). This is the epitome of the traditional Aussie blend and one of the country’s most reliable wines. Can anyone think of a single vintage where it has underperformed? First released in 1960, this vintage is 51% Cabernet and 49% Shiraz. The ’16 has a wonderfully expressive nose with florals, blueberry notes, plums, chocolate and vanillin touches. The texture is soft, even velvety, with cashmere tannins. Supple and seamless with a very long finish, which maintains its intensity throughout. An utterly gorgeous wine which will live and improve (change?) for many years. 97.

Finally, RWT has a Bin number – twenty years was surely long enough to call a wine a Trial (RWT stands for Red Wine Trial). It is now  Bin 798, although at this stage, this is still the small print. RWT Barossa Shiraz 2016 ($200) spent a year in French hogsheads, 72% new. One of the more elegant wines in the Collection, this is fragrant and floral with notes of cloves and olives, dark fruits, espresso and milk chocolate. Great length, but what really stands out here is the utterly compelling, creamy texture. A star of the range. 97.

The Grange 2014 ($900) spent 20 months in new American hogsheads and the fruit, 98% Shiraz and 2% Cabernet Sauvignon, is sourced from a number of quality regions – Barossa, McLaren Vale, Magill Estate, Coonawarra, Clare Valley and Wrattonbully (which Peter Gago believes would not have even had any vines planted when Max Schubert first made Grange – the first was the experimental 1951). Near opaque, the nose is immediately and obviously Grange. Fragrant, with notes of freshly hewn wood and blueberry notes, there are olives, dark chocolate, vanilla, florals, cloves, indeed all manner of spices and blackberries. Seamless with good acidity, a very long finish. This wine certainly does not lack power and concentration, but it is well balanced, not a blockbuster. The tannins are hardly shy, but they are not intrusive. 98.

Sourced from Explore Drinks magazine and website for more go to exploredrinks.com.