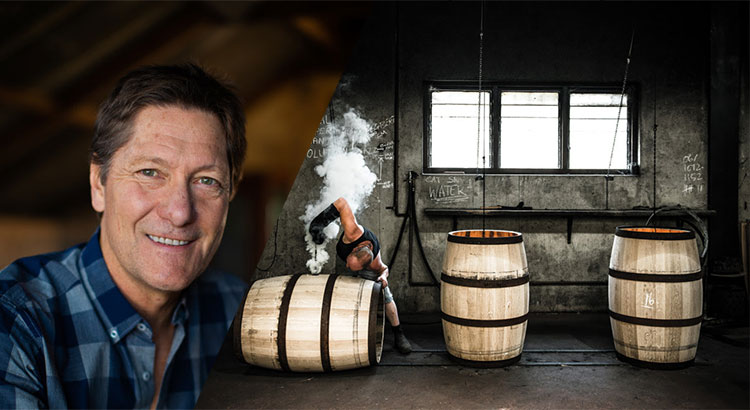 Back in the olden days, a century or so ago, Australian wineries often owned and operated distilling equipment, using copper pot and column stills to make the spirit with which they fortified the sherries, ports and muscats so popular at the time. Some wineries, particularly the big old South Australian family firms such as Yalumba, also used these stills to make brandy, gin, whisky and liqueurs.

As the popularity of fortified wines and locally made spirits began to decline in the 1970s and ’80s, most of these winery stills were decommissioned or dismantled – with a notable exception being the outstanding St Agnes brandies that have been produced continuously by the Riverland-based wine family Angove since the 1920s.

But the revival of interest in craft spirits over the past two decades – in particular the seemingly insatiable thirst for fine Australian single malt whisky – has inspired some old wine firms to dust off their stills and fire them up again.

Yalumba in the Barossa has been a bit ahead of this curve for a while. In the 1950s, the company produced a whisky called Smith’s Imperial Vat, but the brand was discontinued in the 1970s. In the mid-1990s Yalumba’s still was brought out of retirement to make a new batch of whisky, with further distillations following in 1998 and 2000. These batches were eventually bottled and sold mostly to those in the know, with bottles rarely encountered outside Adelaide.

In 2011, with the craft spirit revival well under way, production started again and has continued since. Two whiskies from that 2011 run were released recently as 10-year-olds (see reviews), and this time the company has decided to give them a little more of a public airing by adding them to the new online retailer Smith’s Wine Store.

Yalumba senior winemaker Kevin Glastonbury oversees the whisky program, following on from David Zimmerman, who was the company’s distiller and fortified winemaker for many years, and produced most of the whisky now maturing in the cellars.

“Zimmy was a technical wiz with distillation,” says Glastonbury. “I see myself as a caretaker: once the spirit is made, I make sure we send it in the right direction, decide what barrels it goes into, what strength we mature it at, that kind of thing. I’ve been fine-tuning the barrel program, making sure the whiskies are finished in the very best casks.”