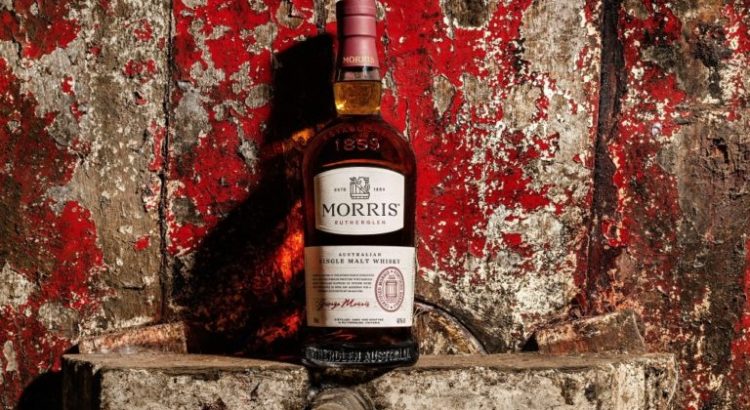 In a project that started five years ago, some of the most highly regarded whisky experts in the world have come together with internationally renowned and award winning fortified wine producers, the Morris family, to craft two uniquely Australian single malt whiskies.

The team at Morris of Rutherglen has been working with John McDougall, one of the world’s most renowned whisky makers whose credentials include working with producers including Balvenie, Laphroaig and Springbank. McDougall now consultants exclusively to Morris in Australia as Master Distiller.

The late Dr Jim Swan, who was also a key member of the original Morris whisky team, is described by the distillery as the ‘Einstein of whisky’ for his technical expertise. His extensive experience included working with renowned brands including Kilchoman, Kavalan and Bowmore.

Both Swan and McDougall were integral in designing a unique barrel maturation program, including barrel selection and providing the team with a special and unique barrel toasting regime.

Darren Peck (ex-Diageo) has been appointed as Morris Head Distiller and he has been working these past five years under the tutelage of McDougall to craft these uniquely Victorian whiskies.

He says, “We are creating a unique Morris Whisky style that speaks to our home in Rutherglen. ..Morris Whisky reflects not only the world-class fortified barrels but also its regional Victorian provenance.”

Both whiskies are crafted at Morris of Rutherglen, made from 100 per cent local ingredients – including Australian barley and pure filtered water from the Snowy Mountains – then finished in award-winning Morris fortified wine barrels producing an extraordinary and unique flavour. These barrels have been used for aging some of the most distinctive and celebrated fortified wines in the world and include a combination of French and American oak barrels sourced from family-owned wineries in the Barossa and Coonawarra regions.

The barrels are prepared by hand at Morris’s private cooperage to a specific method which imparts the unique Morris of Rutherglen flavour profile. This along with the local climate of hot summer days and cool nights, make for perfect conditionsfor ageing and creating the unique and distinctive Morris Whisky taste.

Since 1859, the Morris family have been making award-winning fortified wines spanning over six generations and is regarded as one the best fortified wine producers in the world. At the heart of the whisky distillation process is the hybrid copper pot and column still. This is the original still installed at the Morris site in the early 1930s, when it was used for producing base spirits for Morris fortified wines. It has been meticulously restored and in recognition of its awakening after decades of slumber, the still has been named Aurora, a nod to the princess in Sleeping Beauty.

Founded in 2016, Australian family-owned distilling company, Copper & Grain Distilling Co – a branch of Morris of Rutherglen – has already been recognised for producing premium quality whisky in its inaugural bottling year, with two entries awarded gold medals at the 2021 San Francisco World Spirits Competition. The recent SIP Awards in the US (May 2021) also recognised the quality of the whiskies, with the Signature being awarded Platinum, and the Muscat a Double Gold.

Vanguard Luxury Brands has been appointed the exclusive Australian distributor of Morris Whisky, securing ranging in premium bars, retailers and restaurants across the country, commencing in June 2021.

“We’re thrilled to work with the Morris team on the launch of Morris Whisky. It’s an outstanding Australian product that ties together the heritage of the world’s best fortified wine producers and the current demand for premium Australian spirits,” says James France, Founder and Director of Vanguard Luxury Spirits.

He adds: “Morris whiskies provide an unbeatable combination of provenance and quality at an affordable price – something unseen thus far in the industry here. Whisky lovers will be delighted to see whisky of this quality starting at prices under $100 for a 700ml bottle.”

The launch comes at a time when both the Australian and international markets are experiencing continued growth. In Australia, sales of local whisky more than doubled at 150 per cent CAGR from 2019 to 2020 as reported by the IWSR Drinks Market Analysis (May 2021), a considerably higher growth rate than seen by Scotch whisky at 13.9 per cent and US whiskey also at 13.9% (CACG ’19-20’).

Data released by Dan Murphy’s in February 2021 supports this anticipated category growth, revealing a 150 per cent spike in sales of Australian whisky in the six months from August 2020 to January 2021.

The initial focus is to establish Morris Whisky in the Australian market before exploring opportunities in international markets such the US and the UK, with the aim of raising the profile of premium Australian spirits, in particular Australian whisky. Morris is making a long-term play to develop the Australian single malt whisky category with further innovation in the pipeline leveraging access to an unrivalled collection of fortified wine barrels, some of which are more than 100 years old.

Morris Whisky will be available from June 2021 in leading liquor retailers at 40% ABV and Muscat Barrel Whisky at 46% ABV.