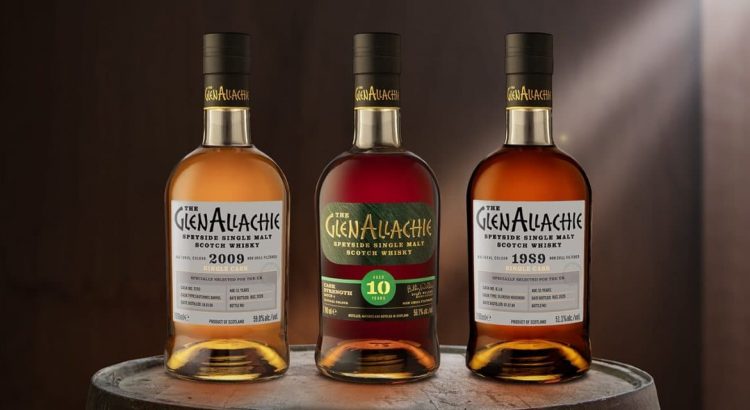 Having the classics sitting on your shelf are always going to serve well at dinner parties, and when those before-bed drams are calling your name, but a true whisky connoisseur always keeps things moving, and they know exactly where to find the best new whiskies to try at all times.

The world’s best whisk(e)y distilleries, from Scotland and Japan to Ireland and Australia, are never going to rest. They are constantly pulling out surprise whiskies (or whiskeys – depending on the noun) from long-forgotten casks, experimenting with different finishing vessels, and really testing the limits as to what whisk(e)y can be.

It pays to be across the best new whiskies being released this year, so to help, we’ve picked out a few that whisk(e)y fans are particularly hyped for in 2021. Some of them will be hard to find like The GlenAllachie, others newly released like Lark’s Ruby Pinot Casks Finish. But without any doubt, all will be worth the effort.

Named the Best Australian Single Malt at this year’s World Whiskies Awards, Hellyers Road’s Henrys Legacy Freestone Cove is a no-age-statement release with a profile heavily based around tea tannins. Inspired by the cavernous sea walls and sandstone cliffs of Freestone Cove, the distillery has put together a wildly complex limited edition whisky anchored by the key note of warm cinnamon laced teacake and stewed stone fruits. A sea salt finish rounds out what is easily one of the most sought after new whisky releases in 2021.

Currently considered the world’s best single malt whisky, after bring crowned king at the World Whiskies Awards 2021, the feverishly popular GlenAllachie’s Batch 4 cask strength is already near impossible to get a hold of. But it’s worth the effort, elevating a series that began in 2018 by adding spices to the already solid profile built up through a combination of PX and oloroso sherry, first-fill bourbon, and virgin oak casks. The Speyside single malt has been highly touted for its palate of dried apricots, white pepper, cloves, soft caramel, pineapple, and coffee notes.

You’ll find that it’s sold out in Australia right now, but it’s worth checking around to see how you can add this beauty to your collection.

Another award-winner from the World Whiskies Awards 2021. The Chichibu is the current reigning champion of Japanese single malt whisky, which says a lot, given the overwhelming quality coming out of the country has even forced the Government to step in and introduce a series of authenticity guarantees. With Japanese whisky icon Ichiro Akuto leading the charge, The First Ten Single Malt has been aged 10 years and was originally slated for release to align with the 2020 Japanese Olympics, celebrating the postponed occasion with a long palate that’s supposed to be exactly aligned with the nose of smooth honey.

Those who prefer their Irish whiskey should be looking closely at the 28 Years Old Vintage Reserve from Teeling. Currently enjoying its title as the Best Irish Single Malt, the release has the distinction of being one of the oldest single malts ever bottled from the country. It was first distilled in 1991 and has been matured in bourbon casks before finishing in sauterine wine casks, the kind of marriage which fortifies a palate of ripe peaches, honey, smoked sea saltiness, and sweet, subtle spice.

You can’t have a discussion about the best new whisk(e)y releases in 2021 without including Westland Distillery’s Garryana Edition 5. The World Whiskies Awards 2021 named this the best American Single Malt out right now, citing a very pleasant palate of malt, honeysuckle, pear, which gives way to a finish swimming with those unfailing ripe fruit and spicy notes. The Seattle-based distillery is set to open their shop for worldwide distribution later this year, but for now the only way to get your hands on one of these is to suck up to any US friends.

Australia’s Starward have gone ahead and taken their annual Ginger Beer Cask Whisky to the next level for its long-awaited sixth iteration. The popular series has been redefined by this new release, which is available via ballot in a strictly limited capacity. The spicy ginger, fresh vanilla, and pineapple on the palate has some orange chocolate thrown in there for good measure, continuing the Melbourne distillery’s excellent reputation as one of the go-to brands for Australian whisky drinkers. For details on the ballot and more information read our news piece on the Starward Ginger Beer Cask Whisky #6.

Tasmania’s Lark Distilling Co. is on a whisky spree in 2021, and it seems like every month the renowned Bill Lark and his team are bottling another release. Last year’s Symphony No.1, Lark’s first ever blend, was thoroughly impressive, as was the more recent Chinotto Cask single malt. But given their wide profile right now, it seems Lark’s latest is the Tasmanian whisky of the moment. The Lark Ruby Pinot Cask Finish is a limited release single malt that has spent time in port, sherry, bourbon, and white oak casks, as well as ex-Ruby Pinot Noir fortified finishing casks sourced from their mates at Frogmore Creek Winery. The build is a light and fruity body with notes of orange blossom and honeysuckle, which should serve well when winter turns to spring later this year.