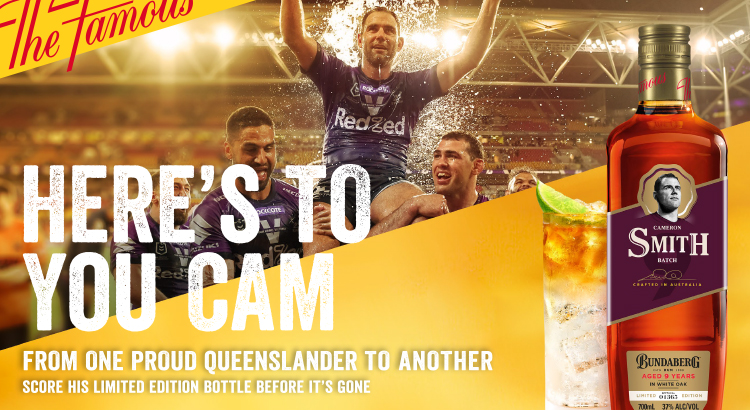 Cameron Smith is widely regarded as rugby league’s greatest player. His journey from a Logan, Queensland kid to his debut with the Melbourne Storm, to State of Origin Captain, Australian Captain, to Dally M winner, and the long journey to alltime games record holder is one of the greatest sports stories of all time.

Bundaberg Rum has released a new Cameron Smith Limited Edition bottle to follow on from the Bundaberg Rum Johnathan Thurston release, which was released to great fanfare and success.

This new new limited edition Bundy rum has been aged for a full 9 years in white oak casks before being bottled into a numbered Cameron Smith labelled bottle.

Bundaberg Rum has a successful legacy of Limited Edition rum releases honouring major milestones, events and famous Queenslanders. Bundy customers expect Bundaberg rum to continue this well-established tradition so that they can add a new bottle to their collection, and one to celebrate the moment.