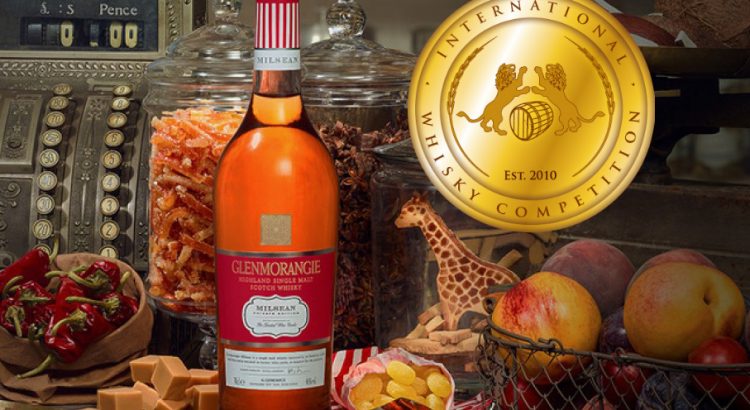 The Glenmorangie Private Edition range features a special release each year that showcases the intriguing qualities of extra maturation…which in the whisky world refers to additional ageing in old wine barrels.  Award winning Master Distiller Dr Bill Lumsden spoke at length about a whisky he holds close to his heart.    “a glass of Glenmorangie Milsean transports me straight to an old-fashioned sweet shop with its sweet and spicy bouquet, with hints of sugar cane, ripe fruits and fudge.

Normally, explains Lumsden, the wine barrels are scraped clean before re-toasting and being used for finishing. “Then we’d just kind of wait to see what sort of flavour profile we ended up with.” The Milsean was first matured in old bourbon casks and then transferred to barrels that were used to age red wine from the Douro region of Portugal. Seeking a different style of complexity for the Milsean, Lumsden re-toasted the red wine barrels and “caramelised all of that winey goodness, leaving it in place rather than scraping it away, and really bringing the flavours forward.” Because this type of finish was entirely new to Lumsden and Glenmorangie, it required a bit more supervision on the tasting end of things.