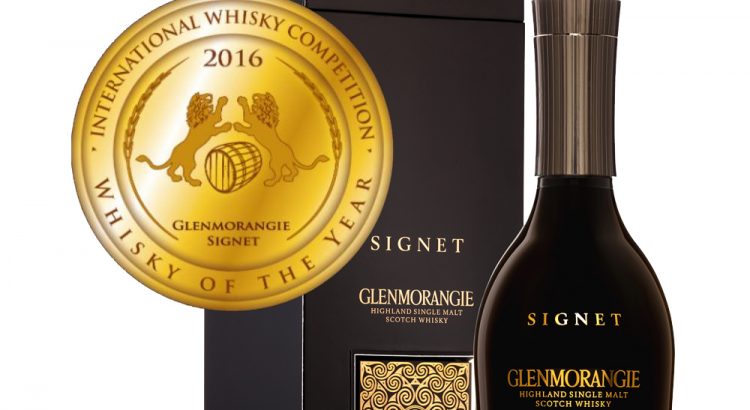 Regularly rated as one of the world’s ten best whiskies Glenmorangie Signet has gone on to win the 2016 Whisky of the Year in Chicago.

The 7th edition of the International Whisky Competition took place in Chicago over three days, from 20 to 22 April 2016 and received over 160 entries. A world-class tasting panel made of whisky, spirit, beer and wine experts blind tasted each whisky on an individual basis for 5 minutes. Each whisky was scored using a comprehensive 100-point scale system developed by Sebastien Gavillet, IWC Head of Tasting Panel and author of Discovering and Mastering Single Malt Scotch Whisky. This process makes the International Whisky Competition one of the most professional competitions of its kind in the world.

Glenmorangie’s Dr Bill Lumsden also took out the award of Master Distiller of the Year.

“We congratulate Dr Bill Lumsden, Master Distiller at Glenmorangie, and his team, for crafting such an elegant whisky, beautifully made and very complex,” said Sebastien Gavillet, Head of Tasting Panel for the International Whisky Competition

Glenmorangie Signet is a uniquely made dram, using a method of severely toasting 20 percent of the barley. Big and bold with chocolate orange and Christmas cake flavours, its almost too smooth.

Grab yourself a bottle of Glenmorangie Signet now and find out what all the fuss is about!