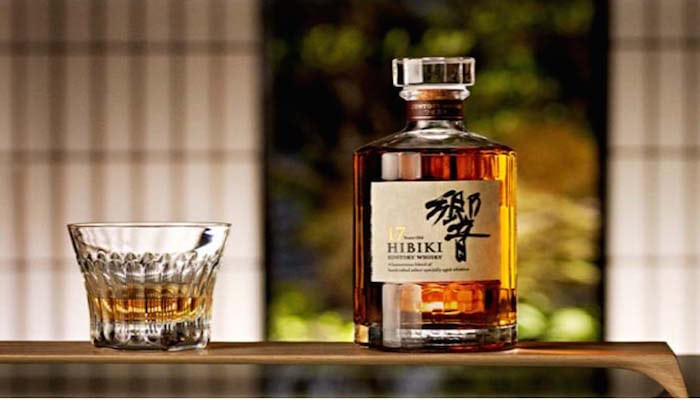 Japanese whisky giant Suntory, announced on 16th May 2018 the discontinuance of the Hibiki 17 year old and Hakushu 12 year old. This has in turn sparked a global hunt for this elusive bottle from drinkers, collectors and of course investors. Ultimately the retail price for this bottle has increased from around AUD$200 in 2018 (pre-Suntory announcement) to over AUD$1200 today.

In this latest blog post we explore the reasons why Hibiki 17 has become the whisky’s new hottest asset, overnight.

The story begins at the University of Glasgow when in 1918 the founder of Japanese whisky Masataka Taketsuru enrolled when he studied organic chemistry. In 1919 Taketsuru began his apprenticeship at Longmorn distillery and then completed it at the Hazelburn distillery. There he learned the art of making malt whisky which he took back to Japan along with his Scottish wife. In 1923 Taketsuru formed Japan’s first distillery – Yamazaki.

Japan has been producing wonderful single malt whisky ever since, with Taketsuru founding another distillery in 1934 called Yoichi, later becoming Nikka. Suntory and Nikka are the two powerhouses of Japanese whisky and the country currently has eight operational single malt distilleries.

No one took any notice of Japanese whisky until 2003 where Bill Murray’s Lost in translations famous “it’s Suntory time” scene, showcasing the Hibiki 17. Since then it has won 4 international gold medals cementing it’s legendary status among the greats. Around the world people were now taking note of the Japanese whisky phenomenon and in particular Hibiki 17.

The problem was never a case of if Japan would run out of aged statement whisky, it was a case of when. Based on an excessive demand, which has literally decimated the stockholding warehouses at Suntory. It was only a matter of time before the announcement from Suntory came. The entire whisky output of the Japanese nation stands at the same as only two of Scotland’s in the Glenfiddich and the Glenlivet. I’ll say that again; the entire Japanese whisky output, is the same as two of Scotland’s distilleries. In 2015 Suntory’s Yamazaki took the crown of the world’s best whisky, the rest as they say is history. Japanese whisky had laid claim to becoming the most sought after whisky in the world. Fast forward 3 years, not only has aged discontinued Japanese bottles become the most sought after, but they also yield the highest appreciation year on year. As an investment it will make you lots more money than gold which had a 2.23% price rise in 2017. Yet people still invest in gold, go figure?

The problem for Suntory was 17 years ago when Japan was distilling and laying down their stock, they could never have predicted the global boom for their whisky. They are in the throes of a whisky crisis as documented by Whisky Cast. You cannot simply make another 10,000 bottles of 17 year old whisky overnight unless you have a time machine. Suntory do not have either 17 years or a time machine, so they have sadly (or happily for many an investor) discontinued it.

If you are buying this bottle to invest then there are not many other bottles in world of whisky which have quadrupled in the space of a calendar month. As the months and years pass by so will the reduction of available stock, which naturally will continue pushing prices north. Our advice is: grab one or two, or as many as you can – while you still can. Expect to pay in the AUD$800 to AUD$1200 range.

We don’t believe the world has overall gone psychologically mad, it’s gone mad for Hibiki 17 and if you’re not quick then you too will ‘lose your bottle’. The world is starting to really awaken to the fact that whisky is becoming one of the most rapidly appreciating assets you can have in your possession. In April 2018 a bottle of Macallan sold for $1.21 million, a clear indication of the lucrative times we live in.

Thanks to the Rare Whisky Shop for this article. Sale amounts converted to Australian Dollars as at January 2019.