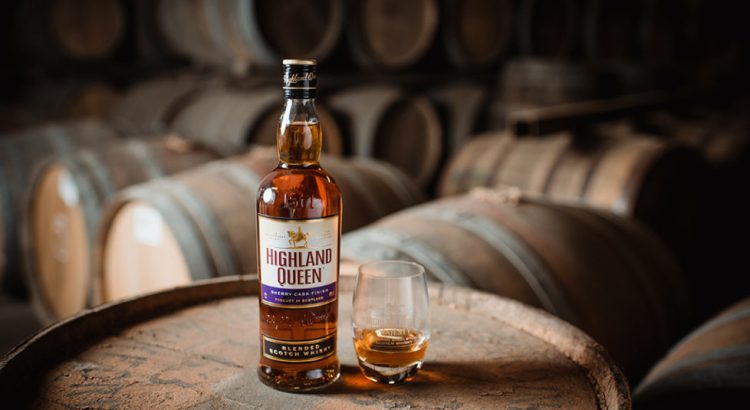 Highland Queen Sherry Cask Finish, which has been extra-matured in the specially selected Spanish sherry casks for a minimum of nine months, won the gold medal at both awards ceremonies.

The expression has continued to impress some of the industry’s most respected judges with its sweet, spicy flavour profile which boasts indulgent notes of marzipan and dried fruit.

The brand’s core expression, Highland Queen Blended Scotch Whisky, was also awarded the silver medal by both expert judging panels following a blind tasting, affirming itself as a delicious and classic blend.

Matthew Johns, commercial director at Highland Queen said: ‘Winning two gold and two silver medals at spirits award ceremonies of this calibre is fantastic news. Both the classic blend and sherry cask finish are continuing to impress top judges as well as consumers around the world in what is a very competitive market of quality blended scotch whiskies.

The Highland Queen brand of blended Scotch has its origins in the 1893 partnership between Leith-based whisky entrepreneurs Roderick Macdonald and Alexander Muir, who formed Macdonald & Muir Ltd in that year. Mary, Queen of Scots had landed at Leith on her return from France in 1561, and this inspired the name of Macdonald & Muir’s principal blend.

In order to secure supplies of malt for blending, the company acquired a share in Glenmorangie distillery in 1918, going on to take full ownership during the 1930s, while Glen Moray distillery was purchased in 1920.

It passed to Moët Hennessy with the rest of Macdonald & Muir’s assets in 2004, but 2008 saw Highland Queen purchased by the Bordeaux-based family firm of Picard Vins & Spiritueux, which has expanded the range of expressions dramatically

Finish: Clean and quite short.

Overall: For a basic blend, you could do a lot worse!

Aroma: On the nose there are the sweet spicy notes of the sherry, mixed with hints of fresh barley and marzipan.

Flavour: In the mouth the whisky is silky smooth, with the sweetness of the sherry combining perfectly with the smoothness of the oak, and subtle hints of smoke.