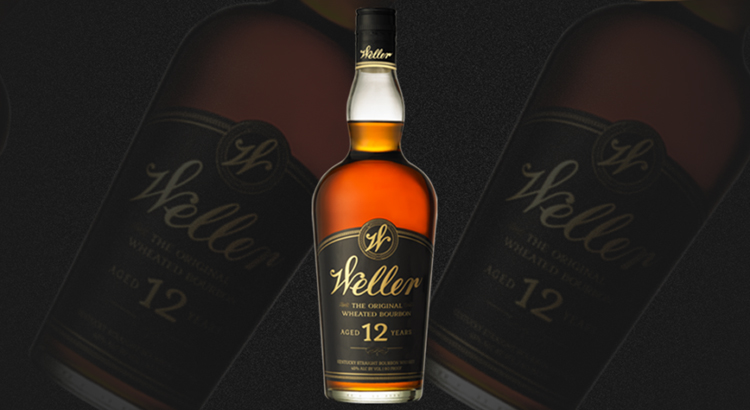 Somehow, we’re still talking about Pappy Van Winkle, the apparently never-ending unicorn of all unicorn bourbons, the headline-grabbing whiskey that gives people like me an equally never-ending supply of stories.

The thing is, whether we roll our eyes and sigh at Pappy chasers, or like the stuff and are willing to pony up big bucks for it, it’s about as impossible to find as an actual unicorn. So what are bourbon enthusiasts seeking the elusive stuff to do? Why, declare something else a poor man’s Pappy, or the next Pappy, or whatever title is the snazziest.

Of late, Weller 12-Year has been popping up in these comparisons.

I wanted to know why — and whether anyone really wants or needs a runner-up — so I reached out to an expert. Beverage writer and consultant Forrest Price is the former whiskey advisor at the celebrated Jack Rose Dining Saloon in D.C. and designed the whiskey program at Doc’s Bourbon Room (a short-lived spot that opened right before COVID shut everything down) and he was happy to share some insights.

So, if you’ve had bigger things to worry about than extremely limited and expensive bourbon, why are bourbon fans flocking to Weller 12 and driving up the price? The snob in me wants to question whether it’s even good, but I can’t even pretend — various Weller products, especially single barrel picks, are among the things I’ll line up for, and that my husband knows to gift me with.

In short? Weller 12 year is a cousin to Pappy, Price said.

To start, it’s a wheated bourbon, he explained. Meaning that after the corn used in the mash bill, or grain recipe, wheat is dominant, versus another grain like rye.

And there aren’t a lot of wheated bourbons on the market, Price said. Why does that matter?

“It makes it sweeter than your typical bourbon already is, and it also has a lighter or more soft mouthfeel.”

Bourbon buyer’s remorse: I bought a really expensive bourbon and regret it

What’s more, Weller is released by Buffalo Trace now, but it’s a brand that was brought over from the famed Stitzel Weller distillery, he said. Before the Shively site became a visitor attraction for Bulleit, the distillery closed in 1992, he said, and “especially at the beginning of this most recent bourbon boom, people were really going crazy for Weller, because it was said that Buffalo Trace was still using Stitzel Weller juice [distillate] until they ran out.”

So is it just the lore of the juice they used to use, and the sweet wheat?

Well, it’s also really, really good bourbon, Price said, that has racked up accolades. It’s won double gold at the San Francisco World Spirits Competition. While there are any number of bourbon awards given out every year, “people will really, really look at the San Francisco competition” when it comes to whiskey, he said. It’s also won best in show at the International Spirits Challenge.

We can also blame (thank?) the legions of followers that industry experts like Jim Murray and Louisville writer Fred Minnick have, Price said.

“Those two authors have huge followings, all over the globe,” he said. “And if they say this whiskey is one to get, there’s instantly thousands of people looking for that whiskey. And, you know, there’s not usually thousands of these bottles to go around.”

Both of them have at various points recommended Weller 12, he said. So there’s our perfect storm.

In addition to vintage whiskeys, will be hard to find new bottles like Weller 12 Year at Justins’ House of Bourbon.
Enter: the secondary market. That’s where people connect outside of the authorized channels like retail and bars to buy and sell with one another.

And while there are people who will buy just enough to drink and maybe hang onto a bottle, “people definitely treat whiskey as a commodity,” Price said, “and there are people that stockpile it. I bought a dozen Weller 12 Years off a collector, when I was gearing up to open Doc’s Bourbon Room downtown. I bought tons and tons of Weller. … From several people, actually, I wanted to get as much as I could, but one collector in particular has stockpiled cases and cases of [all the various types of Wellers]. He had tons and tons and tons. … And he knew that the secondary market was going crazy with it, and so he bought it as a commodity.”

That’s when prices skyrocket and how we end up with a bourbon selling for 10 times or more its intended retail price.

So it is worth it?

Well, that’s something only the buyer can determine. But, said Price, “yeah, if someone is trying to chase that Pappy flavor, but can’t quite find it, and they want something similar, I would say Weller 12 is a great substitute,” especially for the Pappy 10, 12, and 15 years.

But look, do we really want another Pappy? And what’s next?

The craze can be good for the industry, Price said, because people hear about Pappy, and then they’re interested in learning more, but “I’ve heard people that got turned off by the whiskey chase,” Price said.

“Some people love the chase,” he said. “Other people gave up and got frustrated because things became too hard to find. And so, I would say that I hope there’s not a ‘next Pappy’ in the sense of something just goes absolutely bonkers through the roof to where it’s not even worth buying anymore. The Weller 12 has already had its peaks and valleys of interest, and so I think it’s kind of always going to be considered to be in a tier right below Pappy.

“I think there’s definitely other boom whiskies that are going to hit it big like Pappy at some point, but it’s really hard to say what that will be.”