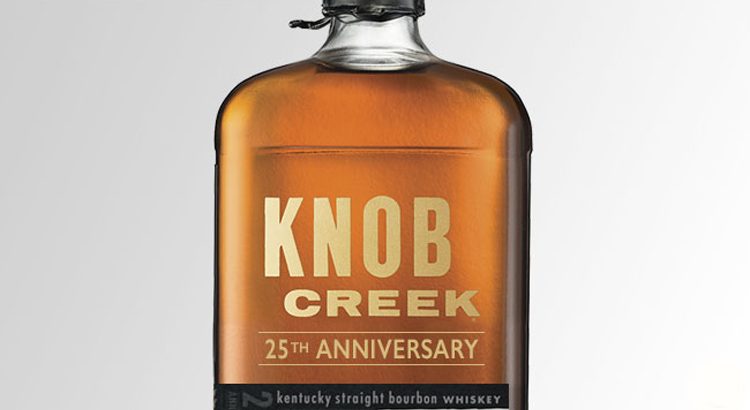 Way back in 1992 Booker Noe, Master Distiller of Jim Beam, created the small batch bourbon revolution with a 100-proof, 9-year-old bourbon called Knob Creek. It was so different to all the bourbons on the market at that time that had been watered down to 80 proof. Knob Creek reminded us of the golden age of bottled-in-bond bourbons, which were also bottled at 100 proof. Knob Creek was in your face, with a big, bold flavour that could hold its own in any cocktail and was delicious neat or on the rocks. A quarter century later, the Knob Creek style is what most whiskey drinkers have come to expect from their bourbons.

Fred is celebrating Knob Creek’s 25th anniversary in the best possible way, with a limited edition bottling of some truly rare bourbon he’d set aside just for the occasion. Bottled at cask strength and aged 12-13 years (it was laid down in 2004), it’ll be a single barrel release, meaning the proof and the flavour will vary slightly between bottles from different barrels. Fred Noe will be selecting each barrel — he guesses the run will be about 300 barrels, resulting in fewer than 10,000 bottles. Pricing is yet to be determined in Australia but will probably be over $200.

The anniversary edition of Knob Creek will have an ABV north of 60% ABV (alcohol content varies slightly from barrel to barrel). Get past the alcoholic heat and it’s clearly a different distillate, as Noe makes clear, with its characteristic rounded brown sugar and toffee notes. The extra age makes it drier than standard Knob Creek, with more wood and char, especially on the finish. It’s a mature, distinguished bourbon — classic Knob Creek, elder statesman style — but the fact that it’s straight from the barrel sets it apart from the Knob Creek 2001-vintage bottling which came out last year and disappeared soon after it hit the shelves.