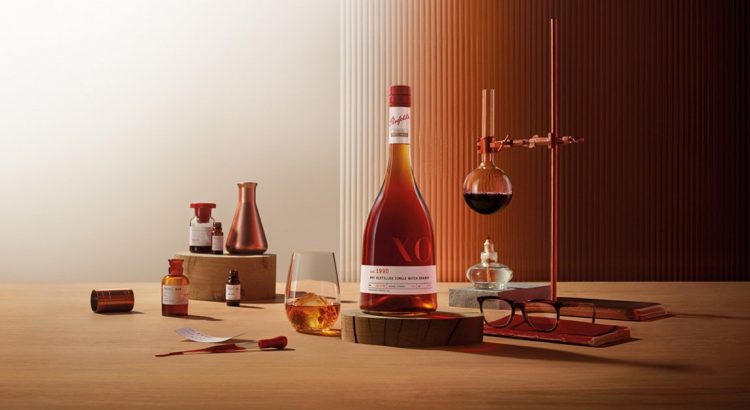 Penfolds brand – wines crafted from Napa grapes, a fortified tier and a

TWE’s Chief Executive Officer Michael Clarke noted: “Today’s news on Penfolds signifies another important step on Treasury Wine Estates’ journey to invest in and build true trust marks; expanding the Penfolds stable to include brandy, spirited wine and multi-country sourcing. Innovation of this nature plays a critical role in driving long term, sustainable growth for the company as we broaden brand appeal and offerings to consumers around the world.”

“Multi-region and multi-country sourcing brings excitement and energy into established brands and at the same time, strengthens TWE’s ability to deliver consistent, quality wine year on year; regardless of vintage variation.  What we have announced for Penfolds is just the start of a much larger agenda we have to deliver continued growth.”

The Penfolds Winemaking Team will begin using Napa Valley grapes to craft Penfolds wine styles from the California 2018 harvest onward. The winemaker has a historic association with the US, as Dr Christopher and Mary Penfold brought Californian vine cuttings to Adelaide in 1844, and more recently Kalimna cuttings were taken to Camatta Hills vineyards in California in the 1990s.

Penfolds Chief Winemaker Peter Gago said: “Our Penfolds house style certainly allows and embraces the freedom to explore premium viticultural regions across the world. We are striving to add outstanding Californian-sourced wines to our offering by fiscal 2022.”

The second release, Lot. 518, is a fortified Barossa Shiraz (94%) infused with Baijiu; scheduled for release in September 2018.

While the literal translation of “baijiu” is “white wine,” the clear liquid resembles vodka, but with a far more powerful punch – some brands have with an alcohol content of upwards of 120-proof.

The added liquor in the Penfolds “Spirited Wine” will increase the alcohol level to 21.5%, similar to the strength of port.

Angus Lilley, deputy chief marketing officer for TWE, told The Australian: “Baijiu is one of world’s most consumed spirits, and clearly a majority of that happens in China and this is something where Penfolds has grown in China and as our winemakers continue to spend more time in the China market this is something that has bubbled away in the background and really something that has come to fore more with this project and special bottling.

“It presents enormous opportunity to bring together the fortified winemaking skill Penfolds with baijiu which plays such an important part of Chinese culture, and yes we would expect a large proportion to be consumed in China and see great opportunities for other markets around the world.

“People around the globe will be pleasantly surprised about just what an incredible product this is, and I’m really excited to see consumer reaction not just in China but around the world.’’

The third release will be a Champagne, expected to be launched in 2019 to celebrate Penfolds 175th anniversary year.

Gago added: “The Penfolds winemaking team is delighted to engage in a profound expansion of our core range, while preserving Penfolds DNA and at the same time, building upon the creativity, ingenuity and boldness of our winemaking ancestry. This will broaden our base and help future-proof Penfolds.”

TWE dipped its toe into French wine last year with its Maison de Grand Esprit range, which hit the market in China in November, using grapes sourced from France’s premier vineyards and grape growers including Bordeaux, Burgundy, Rhone and Provence.

TWE’s Chief Marketing Officer Michelle Terry said: “The news we have shared today represents a significant leap forward for Penfolds as we extend the brand’s rich and powerful past to innovate, create and preserve for the future.

“These extensions will consolidate Penfolds as a luxury brand that transcends beyond its existing sourcing regions and categories; positioning it for its next chapter.”

TWE remains in blackout until the company announces its F18 results on August 16, 2018.

This article from Drinks Magazine.

One thought on “Penfolds to produce Champagne, Napa wines and a baijiu blend”