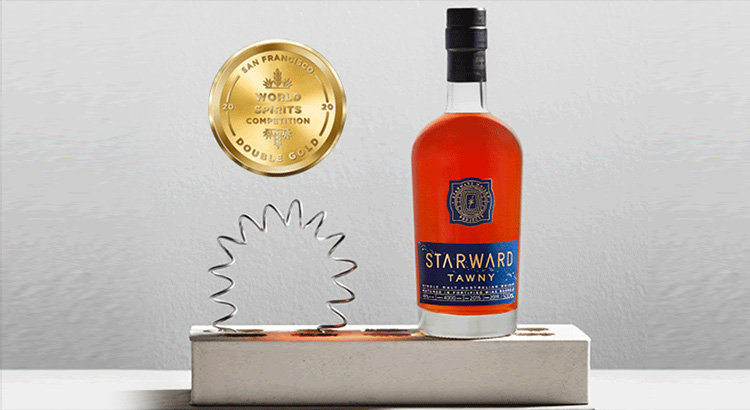 Well, that was one successful haul at the 2020 San Francisco World Spirit Awards. Tawny won Double Gold and Nova and Two-Fold both won Gold!

In the world of spirits, these blind-tasted awards are a pretty big deal. So to say we’re stoked is an understatement.

It’s because of the support from people like you that we’re able to make whisky to this gold medal standard. We can’t thank you enough. And we hope you’ll join us in pouring a drink (or two) to celebrate.

And if you’re keen to get a taste of any of these (especially the limited edition Tawny), you know where to find us.

Tawny, our limited release, scooped the coveted Double Gold (and so is amongst the finest spirits in the world right now).

Tawny is a cracking choice for after-dinner sipping, especially alongside a cheeseboard. Thanks to being aged in Tawny fortified wine barrels, it’s a really rich and tasty whisky. And, once it’s gone, it’s gone for good.

Two-Fold and Nova both won Gold medals, ‘setting the standard for their categories’ as exceptional drops.

Perhaps it was the red wine barrels that did it.

Where else would you get such smooth, fruity caramel flavours from?