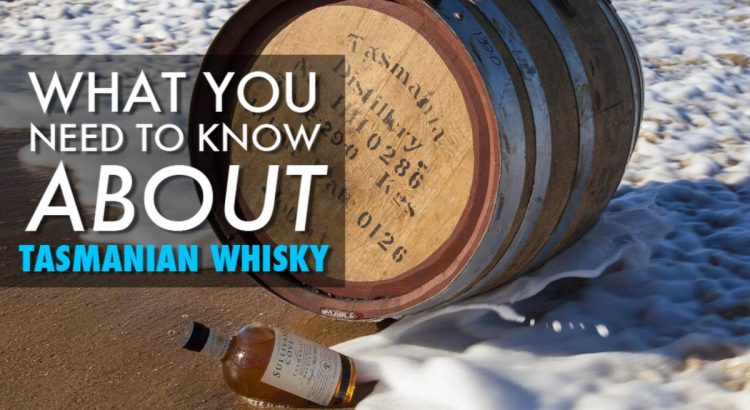 It was Tasmanian whisky industry founder Bill Lark who in 1992 resurrected the Tasmanian distillery industry after it had been dormant since the early 1900s.

At one time more than a century ago there had been eight distilleries in the Hobart area. Lark lobbied to have laws amended to allow the legal distilling of spirits to recommence. With his wife Lyn, Lark began experimenting with making whisky at their kitchen table. His friend Maguire would go around and lend a hand, which is how he became interested in the craft himself.

Tasmanian Whisky is made in the Scottish style, using mostly Australian ingredients. Local barley varieties, malted to a brewer’s specification gives Australian Whiskies more malty character. Distilled in small squat craft pot stills and usually matured in small casks (50 or 100 litres, compared to the Scottish casks 250 litres), in a warm and dry climate, Australia’s malt Whisky also develops faster and differently to Scottish whisky. Mainly because of the very hot days (up to 40 degrees celsius in summer) and very cold nights (as low and minus 4 degrees celsius in winter).  These extreme temperature variations have a significant effect in the barrels the whisky ages in .  It causes the barrel wood to expand and contract much more than in Scotland, effectively sucking in the whisky and expelling it back out through the charcoal inside the barrel.  This process significantly enhances the flavour of the whisky as it interacts with the previous contents of the barrel whether that be sherry, port or bourbon.  It also allows more charcoal filtration as the whisky travels through the charred inside of the barrel.

Most whisky barrels used by Tasmanian distilleries now are re-coopered by the Tasmanian Cask Company.  The coopers break

down American bourbon, Australian port and Spanish sherry barrels from casks and hogs head size down to 200 litre, 100 litre and even 20 litre sizes.  Many Australian distilleries are using very small barrels to accelerate the ageing process in order to get more whisky to market sooner.  Small whisky barrels such as 20 litre size can produce a equivalent 5 years aged whisky in 2 years.  The minimum requirement for Australian whisky is 2 years ageing.   So 2 years of ageing in a small barrel size can produce a 5+ year old equivalent Scottish whisky.

Australian Whisky is mostly young as most of the inventory is under 10 years of age. Each distillery produces a range of different flavour nuances. As the cask generates over 65% of whisky’s flavour, different wood programs bring great variety to the flavour (and colour) of the whisky, from ex-Bourbon, sherry/apera, to port and wine casks

“We’re using a traditional brewing barley locally grown in Tasmania,” says Lark. “It doesn’t give us the same high yield of alcohol as a distilling barley used in other parts of the world, but what it does is bring to our whisky a richness of malt and flavour.”

Lark also says the climate is conducive to whisky production.

“We enjoy great seasonal variation and diurnal changes in temperatures which really aids the maturation process, and as any distiller will tell you, 60 per cent of the character of any whisky comes from the time it spends in the barrel.”

Another interesting fact that not many people realise is that Tasmania’s cooler climate means less alcohol evaporates while whiskey was maturing in barrels, making the state ideal for whisky production.  In Scotland alcohol evaporates at a greater rate than water meaning the whisky in the barrel evaporates and therefore becomes more diluted with water.  Whereas in Tasmania, exactly the opposite happens – water evaporates meaning the whisky comes out of the barrel stronger (higher alcohol by volume) than when it goes in.  It’s like free whisky!!

In closing, Bill Lark had this to say: “I’d also like to think some of the success is owed to the dedication of those who are making whisky in Tasmania, and are very passionate about producing a high quality product.”

As of 2016 current whisky distilleries in Tasmania include:

One thought on “Tasmanian Whisky”