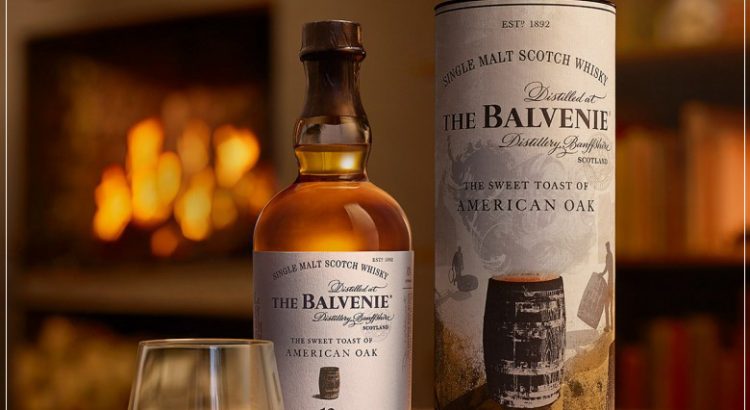 The new Stories range from the Balvenie tells tales of feats of human creativity, all set in the distillery at Dufftown.

The highlight of this series, aside form the wonderful malts, are the stories told alongside them.

They will each tell a different story relating to craft at Balvenie, and innovations that have changed flavour profiles and traditions.

The release of these audios and the whiskies coincided with the release of The Balvenie Stories. This book has been brought out in partnership with publishers Cannongate.

David Stewart MBE commented, saying: “Stories are the lifeblood of The Balvenie distillery. They make up the fabric of who we are and what we do. The Balvenie Stories collection tells these tales in liquid form, giving whisky drinkers across the globe a special glimpse into the unique and very human nature of how we produce our whisky.

“Each expression in the collection reflects this by telling its own story via first-hand accounts and recollections of the many people involved.”

There are three malts in the series, including The Sweet Toast of American Oak, The Week of Peat and A Day of Dark Barley. Each has a different narrative about how it was made.

The Sweet Toast of American Oak 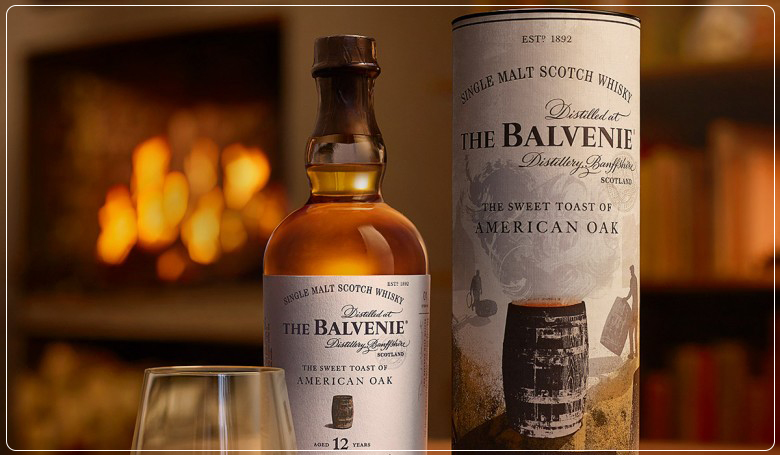 This is the story of how experimentation and innovation can improve on tradition.

It is the story of how Kelsey McKenchie, Apprentice Malt Master, travelled to Kentucky to uncover new casks.

She brought back twice-toasted white American oak from the Kelvin Cooperage in Louisville. These casks have been used to create a fruity malt, with lots of sweet notes.

The malt has been aged for 12 years and opens with sugary sweetness.

Spicy ginger and notes of malted barley accompany fudge and treacle to create a sweet and mellow aroma.

Soft vanilla and caramel comes though on the palate with hints of citrus fruit.

There is a dash of orchard fruits and lemons and oranges appear. This is definitely a fruity malt, with bog notes of apples, pears, oranges and charries.

The sweetness lasts into the finish, which is oaky and rich.

The Week of Peat 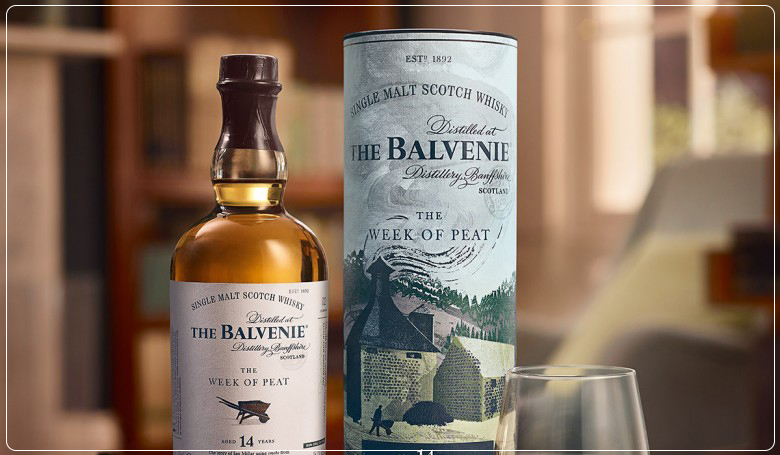 Developed from the Balvenie Peat Week, this malt has been aged for 14 year. It celebrates a week when the Balvenie’s production schedule allowed David Stewart MBE and Ian Millar to introduce peat into their drying process.

The resulting malt was typical of a Balvenie, with lots of fruity sweetness, but also had a lovely addition of soft peat smoke.

It begins with a nose-ful of delicate florals and smooth honey. Vanilla, caramel and barley appear. There is a gentle hint of peat smoke.

The palate is excellently developed. It if full of apple blossom, cut grass, more honey and a dash of smoke.

Heat from cinnamon and oak wood come through, adding another layer of intrigue.

It ends with a bold note of peat and lots of soft vanilla sweetness.

A Day of Dark Barley

The oldest of the series, at 26 years, A Day of Dark Barley tells the story of David Stewart’s experiment ith heavily roasted dark barley.

Way back in 1992 he and his team distilled malt made from dark barley. It was matured for 14 years and brought out in 2006 as the Balvenie Roasted Malt.

Several casks were allowed to remain maturing and the result is A Day of Dark Barley.

It begins with lots of malted notes and big tones of vanilla and caramel. Thick honey and notes of oak abound.

The palate is rich and sweet. It brims over with toffee, treacle, citrus fruits and vanilla.

Oak wood plays a big part of this malt and is warming and sweet. Cinnamon and nutmeg develop beside it to bring in some heat.

The finish is full of caramel and vanilla, with a lasting note of oak.

The Balvenie Stories Range is a really exciting release from the distillery. It showcases so much of the distillery’s character, and tells us about the innovation that has gone on there for decades.

Whether you’re a Balvenie fan or not, this is a series well worth exploring.

Is this a great move forward in interactive whisky or just another marketing ploy? Tell us what you think of the Balvenie Stories Range in the comments.