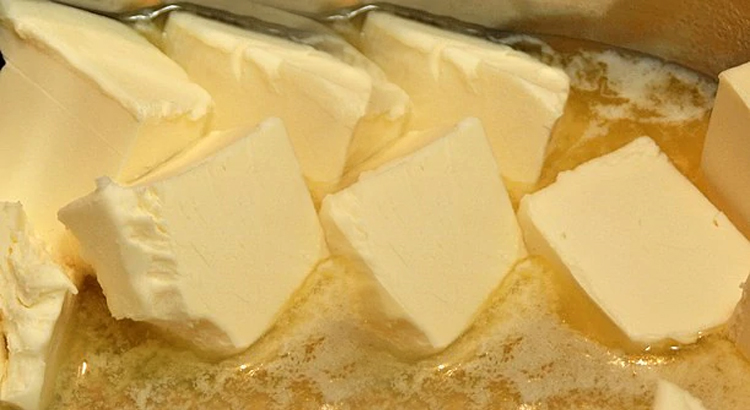 To start with, it’s actually not even called a Butter Wash, it’s called a Fat Wash. A fat wash is essentially the process of infusing something oily or fatty into alcohol to impart desirable flavours, and then removing the main fat component.

To do this for our Hot Cross Buttered Gin we gently heated our gin and our butter together in what was essentially a giant slow cooker (we’re pretty good at jerry rigging things up and engineering on the fly here at Tiny Bear!). After allowing the butter to infuse for several hours, we then transferred our vessel of gin and butter mixture to a fridge to allow it to cool overnight. Overnight a cap of the remaining clarified butter formed on top of the gin, and we were able to simply pull it off. The gin left in the vessel retained a ton of delicious buttery flavours, and the resulting gin is velvety smooth. Some of the quintessential “butter” flavours that will remain are a mixture of volatile fatty acids, lactones, aldehydes, esters and ketones.

This process can be done with just about any fat or oil. It’s a relatively common process used in bars to create weird and whacky cocktails. Think bacon infused bourbons, or sesame oil infused gins (Hello Gypsy!) 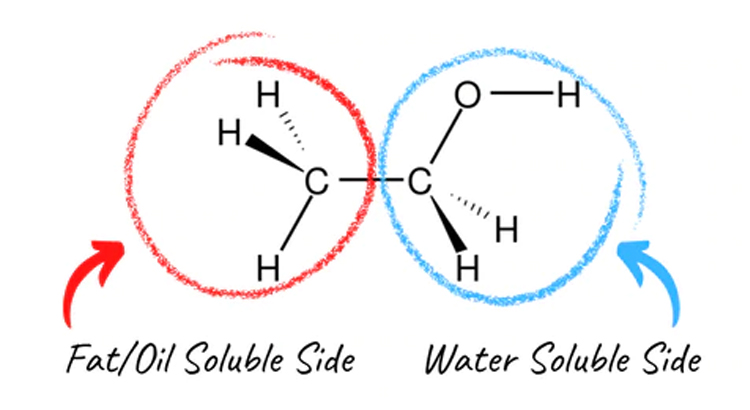 So how does it actually work? Why does it work?

It’s all thanks to our little friend, Ethanol. Ethanol is the key alcohol that you will find in alcoholic beverages. He’s the good guy, unlike his evil younger brother Methanol that will poison you if there’s too much of it left in your spirit (but we’ll get into that in more detail in another blog post down the track).

Ethanol is a little wonder molecule because it is a solvent for both watery compounds and fatty/oily compounds because it has what’s known as a polar end and a non-polar end. Why is that so good? Because it means that we can dilute our gin with water so that it’s not 95% alcohol (which is how it comes off the still) but we can also infuse it with botanicals which often have oily aromatic flavour compounds. And in this particular case, we can just throw a whole bunch of butter at it and it will partially dissolve in it. Hooray!

You can try this at home too. Once winter hits try butter infusing a rum along with cinnamon and oranges. Or of course you can always leave it up to us and grab yourself a bottle of the Hot Cross Buttered Gin instead. It’s bloody good.