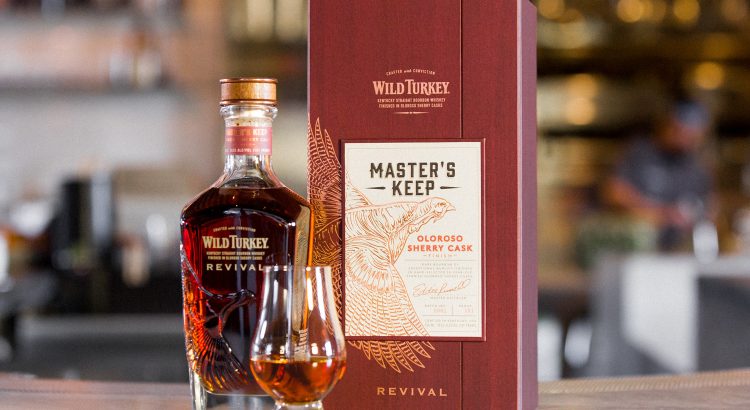 With a nod to his father’s 64-year legacy, Master’s Keep Revival is inspired by the limited-release Wild Turkey Sherry Signature; a product Jimmy Russell introduced in the early 2000s that featured sherry-infused, 10-year-old Bourbon finished in an Oloroso sherry cask. Eddie used the Sherry Signature taste profile to guide him to older bourbon that, after resting in sherry casks, brought out top notes of fruit that blended perfectly with the vanilla and caramel of Wild Turkey. Eddie’s “revival” of Sherry Signature was the inspiration for the name and an apt tribute for the father & son duo who collectively have over 100 years of distilling experience between them.

The younger Russell traveled to Jerez, Spain to secure his aged sherry barrels. While he found a surplus of three to four-year-old casks, anything older than four years was extremely scarce. However, Russell’s persistence paid off.

“Master’s Keep Revival is a Bourbon I am proud to put my name on,” said Russell. “Jimmy and I have our healthy differences in how we drink bourbon and how we make bourbon, but I really enjoyed being able to take something my father created decades ago, which was maybe a little ahead of its time, and put my own stamp on it for today’s bourbon connoisseurs and treasure hunters. I think it will be a nice addition to any collection.”

With the Master’s Keep series, Russell has pushed the boundaries on the age limits of Bourbon, producing some of the oldest whiskeys Wild Turkey has ever released. The first launch of the series, Master’s Keep, was a 17-year-old bourbon aged in stone and wooden warehouses. Its sequel, Master’s Keep Decades, also showcased how Russell is able to create exceptionally balanced whiskies from liquid aged far beyond what is normally Wild Turkey’s usual 8–12 years.

Made from a blend of whiskies aged 12 to 15 years and finished in Oloroso Sherry Casks, only 1,600 cases of Master’s Keep Revival were made.