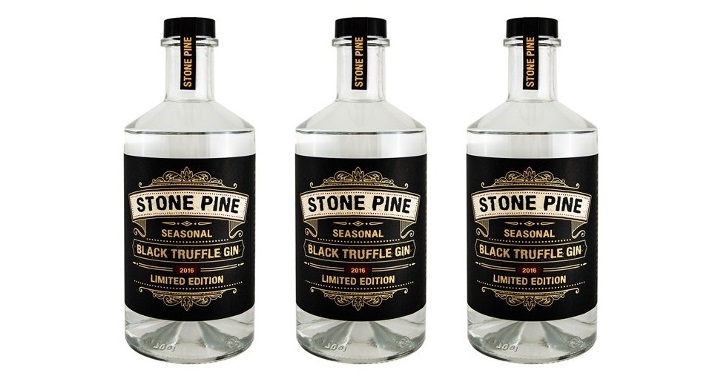 Stone Pine Distillery based near Bathurst NSW is launching the second of its seasonal releases, a black truffle gin on 16 July 2016.

While some European distillers have produced truffle gins, Stone Pine Distillery believes this is a first for Australia and the first Australian gin to celebrate local truffles.  The truffles have been sourced locally from three Truffle Farms in the Central Tablelands of NSW within a 50km radius of Stone Pine Distillery.

Ian Glen, the founder of Stone Pine Distillery, has done a lot of experimenting with the flavours to make sure the truffle flavour came through; as well as the juniper.  It has taken a lot of time to balance the flavours, but Ian was determined to produce something a little bit different.  Ian went on truffle hunts to get the truffles and he has tried to use as many local ingredients that he could source that were grown in Australia. The only thing that is not Australian is the juniper which is very difficult to get here.

Stone Pine Black Truffle gin is a very small release (only 150 bottles) and it is quite expensive, but that’s because truffle are expensive!

The gin retails for $139.99 a bottle and to complement the truffle, the gin also contains botanicals such as black pepper, flaked salt, juniper berries, coriander seed and orris root.

This is Stone Pine’s second seasonal release, following on from the summer Orange Blossom Gin release, which proved highly popular and was actually picked up by Noma during its summer pop-up in Sydney.