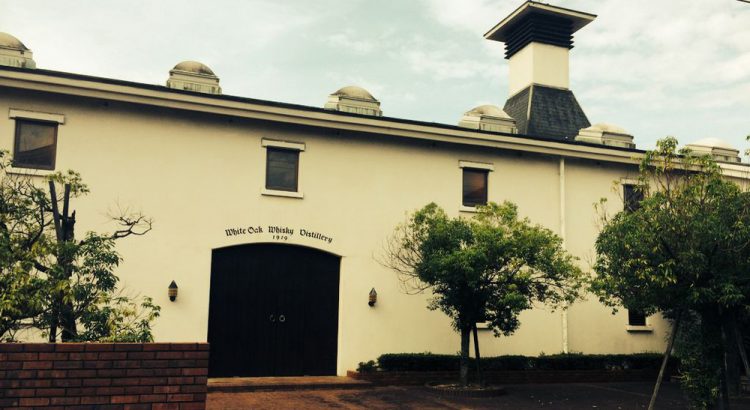 The nation of Japan is considered an archipelago, or chain of islands, and consists of four major islands and thousands of smaller ones, which are divided into 11 regions. These regions are further divided into 47 prefectures,  Hyogo being one of these.  Hyogo prefecture is located almost in the centre of the Japanese archipelago on the main island of Honshu and extends from the Japan Sea in the north to the Seto Inland Sea in the south, and further down to the Pacific Ocean through Awaji Island.  The prefectural capital of Hyogo is Kobe and its neighbours are the prefectures of Osaka, Kyoto, Tottori and Okayama.

The White Oak whisky distillery is located in the city of Akashi in Hyogo Prefecture, west of Kobe, facing the Seto Inland Sea.  The distillery was founded by Eigashima Shuzu which has produced sake and shochu since 1888.  Eigashima Shuzu obtained a license to manufacture whisky in 1919, but it was when the company moved to their current facilities in 1984 that White Oak Distillery was born.  White Oak’s whisky stills are only in operation for one month every year and so their production  quantity each year is minuscule.  Due to this, most of White Oak’s production are blended whiskies due to their limited amounts available to be aged for long enough for single malt bottling, but when these single malts do come on the market the whisky is named ‘Akashi’ after its hometown.  The first Akashi release was in 2007.

These sensational White Oak Japanese whiskies are now available in Australia for the first time, however quantities are extremely limited.