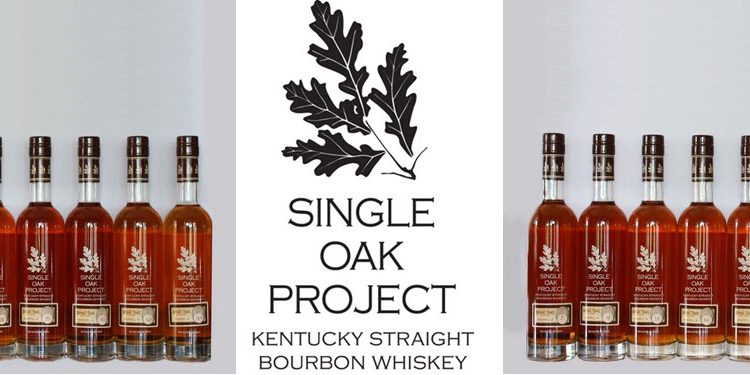 Over the a period of  four years from 2011 to 2015, Buffalo Trace Distillery has been incrementally releasing 192 different bottlings of a Single Oak Project Bourbon and asking whiskey enthusiasts to vote on their favourite at www.singleoakproject.com. The ambitious goal of this research was to create the perfect bourbon, based on feedback from bourbon drinkers. In total, 5,645 people participated in the Single Oak Project which collected 5,086 unique whiskey reviews. On average, each of the 192 whiskies was evaluated 26.2 times. The Single Oak Project is part of an intensive research project Buffalo Trace Distillery started back in 1999 by hand-picking and harvesting 96 individual oak trees with varying wood grains. Each tree would yield two barrels, one from the top half of the tree and one from the bottom, 192 unique barrels in total.  The aim being to find the best wood in which to age bourbon.

In May 2016, Buffalo Trace Distillery’s Master Distiller Harlen Wheatley travelled to Salem, Missouri to harvest the first trees for its Single Oak Bourbon, which will replicate the winning Single Oak Project Barrel #80.

Harlen even cut down some trees himself! You can watch a short clip of Harlen in action here: https://youtu.be/0Doi4UfKw38

Buffalo Trace Distillery reached the conclusion of the Single Oak Project in the summer of 2015. This was a long experiment in which they examined seven different critical variables across 192 bottles for a total of 1,396 taste combinations, and shared those findings through several “Single Oak Project” releases from 2011 to 2015.

Buffalo Trace invited everyone to taste these bourbons and let them know their thoughts, then tallied all the results. Barrel #80 was declared the winner and will soon be replicated and sold as Single Oak Bourbon. More information about the Project can be found here: www.singleoakproject.com.

The Single Oak Project bourbon aged in barrel #80 was rye recipe bourbon, entered into a barrel made from oak harvested from the bottom half of the tree with staves seasoned for 12 months. The grain size of the wood was considered average and the barrel received a number four char inside. The whiskey entered the barrel at 125 proof and was aged in a concrete floor warehouse.

If you would like to review the full study of the Buffalo Trace bourbon experiment and notes about the winner, you can download the study here.Buffalo-Trace-Distillery-Releases-Single-Oak-Project-Winner-and-Findings-6-18-15