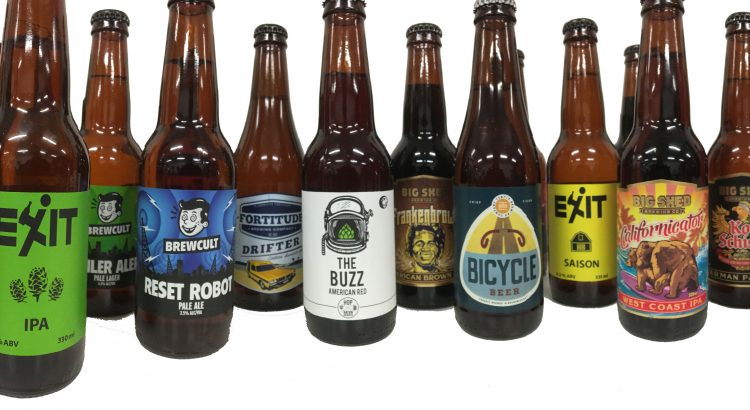 Australians are drinking beer at all time record lows. Spoilt for choice in the drinks market, consumers are drinking less, not more, in an effort to experience high quality drinks; this is good news for craft beer producers.

Major players in the drinks market have recognised that their ancient brands are no longer fulfilling the needs of the everyday beer drinking punter. The acquisition of some of the most popular craft brands is blurring the definition of what it is to be a craft beer brand. The roots of a craft brand stem from the production method, quality of ingredients and production quantity – this begs the question, can a beer that is mass produced and owned by a multinational corporation still be described as craft? Having evaluated our position on craft beer, MyBottleShop has recently expanded our Australian Craft Beer Range to include some craft beer that is true to the roots of the craft definition. Hop Nation beers are a testament to this definition with their Nation Bases IPA series. Being very ‘hop-orientated’ this fantastic brewery uses all Australian Hops and create sessionable IPA’s that are crafted in small batches. The fan favourite is their American Red IPA aptly named ‘The Buzz’, bottled at 6.5%, 65 IBU.

Many craft brewers have turned to innovation to differentiate themselves from a mass produced ‘craft’ brands. When it comes to craft innovation, brewers are taking it to the next level. From what really started as a point of difference for the early adopters of this new experimentation and innovation trend, the innovation coming from these brewers is nothing short of incredible. The GABS festival earlier this year was a diverse flavour experience that one could not forget. Every flavour under the sun was showcased one way or another, from a sour ale, to a black IPA, and the next brewer was showcasing brews more perplexing than the last. Have a quick look at the guide here: (the list starts on pg 37). Another successful event was the Sydney Craft Week. Independent brewers celebrated the week with guest brewers and limited edition brews. Another example of innovation in this growing industry.

This type of innovation is what is playing into the hand of the trends that have been seen in the beer, and more generally, drinks market over the last few years; from quantity to quality. Instead of drinking larger amounts of cheap and boring beer consumers are happy to experience a few craft beer expressions and not be any more out of pocket. The craft beer market is expected to grow 5% year on year for the next 5 years; this is great news for craft brewers. Hopefully this growth doesn’t take away from the roots of craft beer – we’re sure it wont.