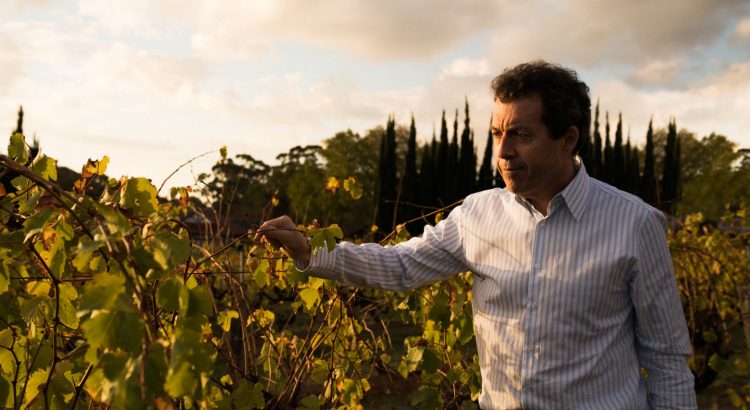 In a locked wine cabinet in Penfolds’ Shanghai office there’s a precious bottle of Grange from the 1953 vintage, the year President Xi Jinping was born. “It was intended as a gift for the President last year,” says Penfolds’ chief winemaker, Peter Gago.

That didn’t happen, of course: Shanghai is one of many global cities the famously jet-setting Gago was unable to travel to in 2020. Following China’s punitive trade action on Australian wine in November – with Penfolds by far the most important brand affected in that $1 billion export market – the opportunity of presenting the birth-year bottle receded even further. Penfolds’ chief winemaker, Peter Gago.

But just imagine, says Gago with a twinkle: if he was able to share that rare ’53 Grange, President Xi might respond favourably to the fine wine diplomacy and relax the tariffs. “Those sorts of things are what we have to be doing,” says Gago. “Not letting government people antagonise each other.”

Gago says he shouldn’t be talking about China. We are, after all, at a preview tasting of Penfolds’ new collection of premium wines from California: four reds, ranging from a $90 shiraz cabernet blend (not reviewed here) to the ambitious Quantum, with its Grange-like $950 price tag.

For most of the tasting Gago manages to stay on-message, spruiking the Californian story. But we keep glancing over at the 200-per-cent-tariff-shaped elephant in the room. Which could explain why Gago seems unusually defensive about the timing of this new release being a distraction from the company’s China woes.

“A lot of people are saying, ‘Oh that’s very convenient’. But it’s not gimmickry, it’s not ‘Wave a magic wand, what do we do now we don’t have China?’ This is something a long time in the making.”

Penfolds – or rather its parent company, now known as Treasury Wine Estates – has been involved in the Californian wine industry for, as Gago puts it, “a third of a century”, when the Australian wine business took a 50 per cent stake in Sonoma winery, Geyser Peak.

“In 1997, we also bought land at Camatta Hills, east of Paso Robles,” says Gago. “We planted 200 acres in 1998 and another 200-plus the following year, including one block using cuttings taken from our vineyards at Magill, and at Kalimna in the Barossa.”

Thanks to a succession of mergers and acquisitions, Gago and his team of winemakers have, since 2005, also been able to access parcels of fruit from a growing number of the Napa Valley’s most prestigious vineyard areas. There were plans, he says, to launch a Penfolds Californian range in the mid-2000s but it didn’t eventuate; now, with four reds from the 2018 vintage being released in March, Gago’s long-time dream has become reality.

Despite being the state with some of the earliest known vineyards in Australia (likely some existed in the early 1820s), Tasmania’s wine industry essentially disappeared for many decades. But a Frenchman inspired change on the Apple Isle in the 1950s, and it should come as no surprise being a fruit-producing region, that a group of pioneers revived grape growing in the 1960s and 1970s.