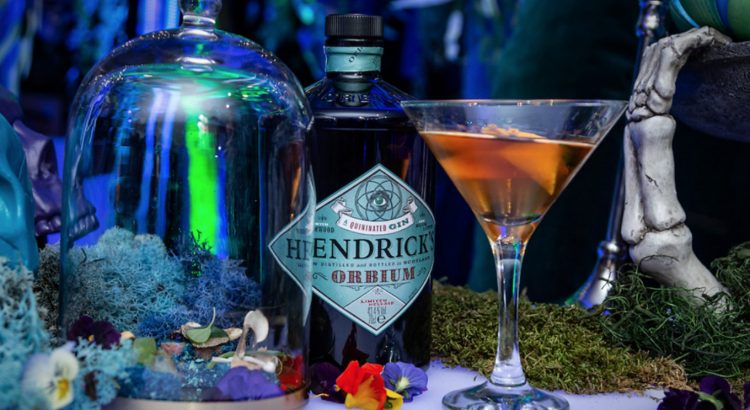 One of my favourite discoveries at the 2019 San Antonio Cocktail Conference was Hendrick’s Orbium Gin, the first new expression of Hendrick’s Gin. Created by award-winning master distiller Lesley Gracie and previously released in the UK , Orbium is distilled in very small batches and has a limited window of existence. As of December 2018 it is only available on-premise at select bars throughout the United States. 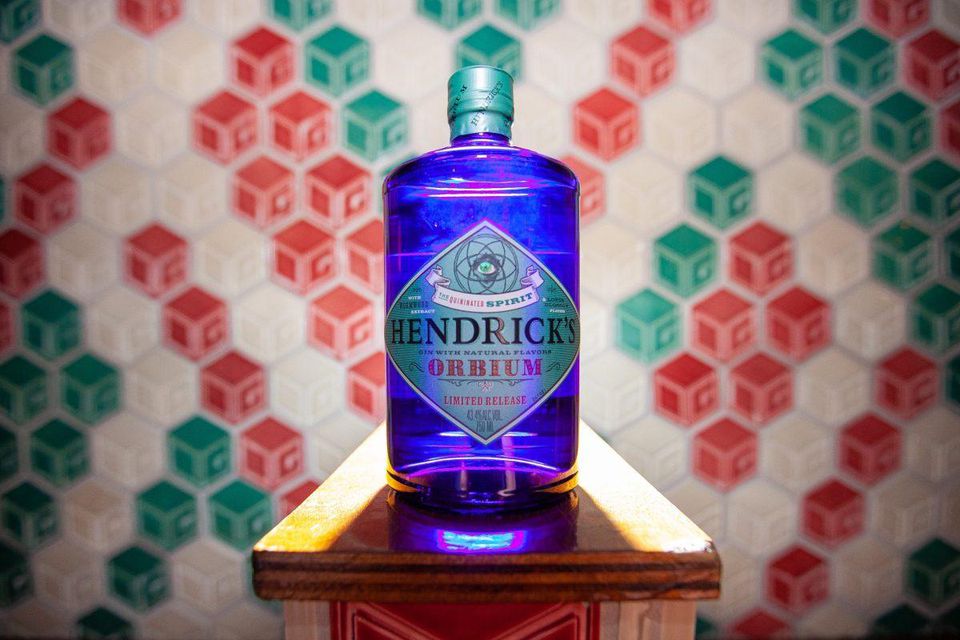 Hand crafted in Scotland by William Grant & Sons, Hendrick’s is the only gin that combines spirits from both a Carter-Head and a copper pot still, which produces a smooth, balanced gin with the required character yet full of subtle flavors. In late 90’s, Gracie developed a distinct blend of eleven botanicals including roots, flowers, seeds and fruits and added the signature infusions of cucumber and rose petals. “Lesley was already one of the main, most influential female distillers,” says Mattias Horseman, Hendrick’s brand ambassador for Central USA. “With Hendrick’s she broke the glass ceiling by creating a new category of gin at a time when the market was filled with classic London Dry styles.” 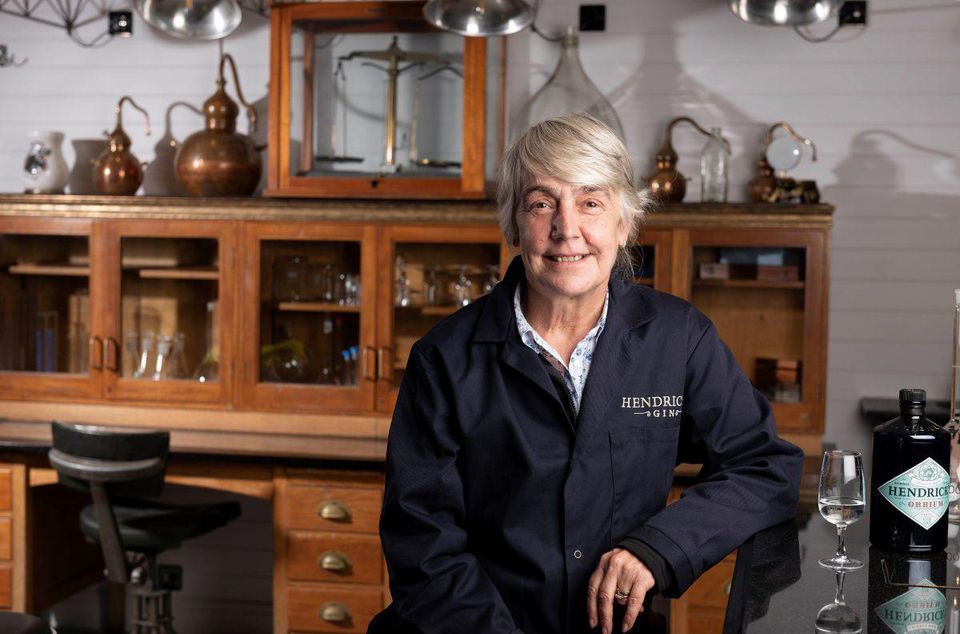 Gracie possesses a fierce curiosity and is constantly exploring ways to excite the bar world with spirits that show unusual flavor profiles. In 2014, she went on an expedition to the Venezuelan rainforest to search for new botanicals and flavors, which yielded the limited edition Kanaracuni Gin infused with scorpion tail, of which only 560 bottles were made. When William Grant & Sons built her a new state-of-the-art distillery – described by Horseman as “Alice in Wonderland meets Charlie and the Chocolate Factory” – she gained the capacity to innovate even further with a lab specifically dedicated to Hendrick’s projects. The Gin Palace, as it is known, features two new still houses, a walled garden, and two greenhouses filled with exotic botanicals.

For the first time, one of these experiments is available to bartenders beyond sample quantities, with a first release of 5,000 cases. “As a thank you to the trade, Lesley decided to release Orbium, one of her experimental recipes which she considered groundbreaking,” says Horseman. To create Orbium, Gracie took the original Hendrick’s recipe, including the rose and cucumber, and added quinine, wormwood and lotus blossom, the first two also used in products traditionally associated with classic gin libations: quinine in tonic and wormwood in Vermouth. Described as “Hendrick’s in a parallel universe,” Orbium is the first quininated gin ever produced, with two bitter elements rounded out by an intense floral profile.

Orbium comes in the same iconic apothecary-style bottle synonymous with Hendrick’s, in a dark blue that’s inspired by the lotus blossom.  The name Orbium is the plural of orbis, which is Latin for circle. It refers to Gracie’s description of the spirit’s journey since it combines ingredients from all over the world.

Horseman, who boasts a stellar background behind the bar, thinks Orbium works well in the same applications as Hendrick’s but it produces different results. “With the quinine already in the gin, it provides a different experience than a normal gin and tonic,” he says. “I prefer mixing Orbium with a little bit of soda water. Lesley drinks her Hendrick’s with a splash of elderflower cordial, a squeeze a lemon and soda. But in terms of cocktails, there are myriad different expressions from within Orbium, and I love messing around with that.” A declared Martini man, Horseman suggests an Alaska cocktail as a perfect example in which sherry adds a twist to the classic Martini. 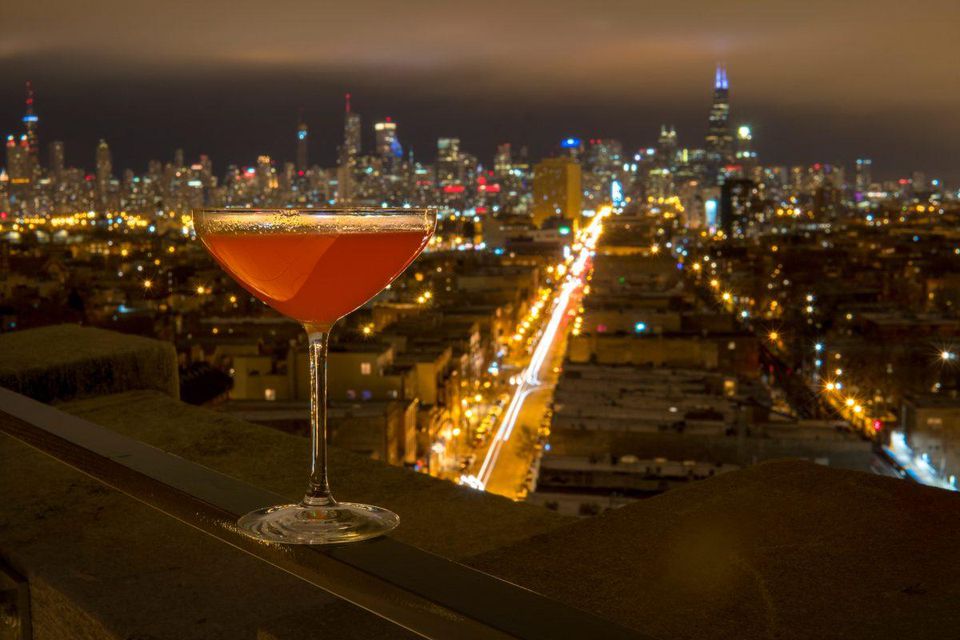 “Another cocktail of mine I’ve been making a lot is the Dressed and Dapper, a sort of a twist on the Naked and Famous but with Hendrick’s Orbium instead of mezcal,” says Horseman. “It’s got Orbium, yellow Chartreuse, Aperol and fresh lime. It truly epitomizes the definition of what Orbium is because it’s playful, it’s fun, it’s balanced in bitter and sweet, and it is food friendly. You get all the same flavors that you have in a martini but in a different way. And that’s what I love about it – the diversity.”

“Since we say Orbium is an expression of Hendrick’s in another dimension, that dimension can be whatever you want it to be,” says Horseman. “Everybody says ‘I’m not a gin person.’ And I say: not yet. That’s my thing. Everybody must find their own expression.”

Method: Combine ingredients in mixing glass and stir over ice until sufficiently chilled. Pour into a coupe and garnish with an expressed lemon twist.

Combine equal parts of all ingredients in a cocktail shaker and shake with ice. Serve up with no garnish (no distractions) or edible flowers if need be.