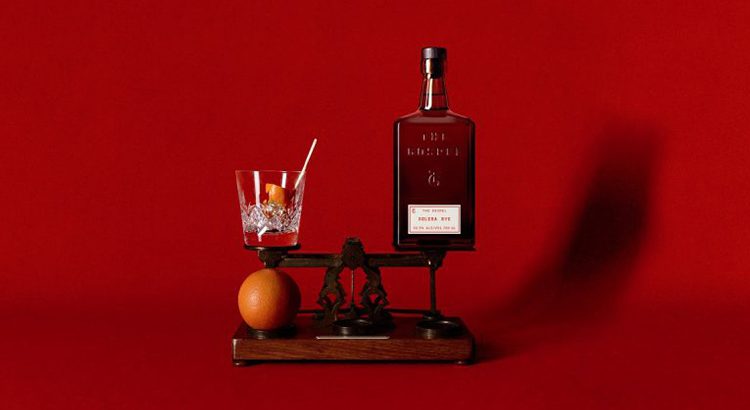 Founders Ben Bowles and Andrew Fitzgerald created The Gospel’s first product, a Solera Rye, using 100 percent Australian ingredients bought from a single farmer. Launching next week, it will be followed in 2020 by a Straight Rye Whiskey, with both made in traditional American style.

Moving from moonshine into rye whiskey was something that Fitzgerald said was influenced by personal taste and its rising popularity.

“Going back three, four years ago, when we first started looking at whiskey, rye was going through massive surges of consumption… so it made sense.”

The Gospel has been in the making for four years, a time which saw many challenges for the brand.

“There’s always high and low points to any business journey, but anyone who’s ever made rye whiskey will certainly side with me and say that it’s an incredibly challenging grain to distill,” said Fitzgerald.

“When we were like, let’s do this, we had to completely refit our distillery because we couldn’t make it the way we were making moonshine… and then consequently, we built a new distillery to support more production.”

This Brunswick-based distillery, including the custom six-meter high column and copper pot still, was built entirely in-house. Designed by Bowles and constructed by Fitzgerald, the pair also sought help from Fitzgerald’s dad and backpackers from Gumtree, in an effort that they describe as “very much hands-on.”

“There’s no large corporation backing or anything like that. We’re simply doing it the craft way, as much as I dislike the word craft,” said Fitzgerald.

Such a unique creative process certainly paid off, as the distillery is capable of producing five barrels of whiskey blend per shift and manages the process right through to bottle. In terms of production capacity, that makes it the largest of its kind.

The Gospel Distillers are backed by what they call their “dream team,” a slew of talented individuals with significant expertise in the industry that they collected from existing friendships.

As well as the original distilling talent of Jason Pignon, the production team is joined by Ian Thorn (previously Production and Technical Manager of Starward Whisky) and Alex Poulson (previously Head Distiller of Hippocampus Distillery).

On the management and strategic side, are Director Jamie Duff and Brand Architect Kelvin Soh. Duff co-founded Stolen Rum, where he worked with Soh to build and design the brand, ultimately taking it from an idea in Auckland to international success.

The Gospel launch is taking advantage of the upcoming warmer months, with the Solera rye pitched as a “sessionable” whiskey.

“We envision it as the drink of the summer, served with dry ginger ale and a slice of orange,” said Bowles. The Gospel Solera Rye will be available for trade from 16 September and is distributed by Vanguard Luxury Brands.