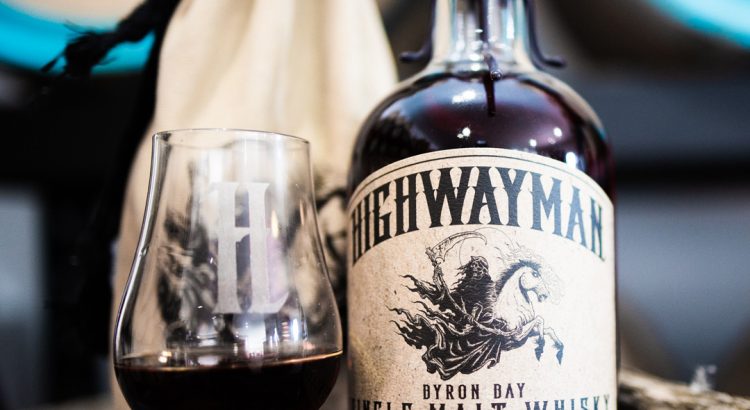 This is the final batch of highly anticipated, independently bottled Highwayman whiskies…

Distilled in November 2016 by Dan and the team at Young Henry’s in Newtown, it was put to sleep for over four years there in a 100L French oak heavy char Apera cask before being transferred to Byron Bay.

Once up north, Dan tipped the cask and brought it down to 55% using water from the natural spring that runs through the Restall family farm and split the liquid into four equal parts.

The liquid was then filled into four twenty litre French oak refill wet tawny casks and finished for 3 months in the peak of the Byron Bay summer before being bottled at a cask strength of 54.3%.

Our last Highwayman release sold out in 20min so if you want to taste this truly unique dram make sure you check the AWAS group or your emails at 7pm (Sydney Time) on the 15th of April 2021.