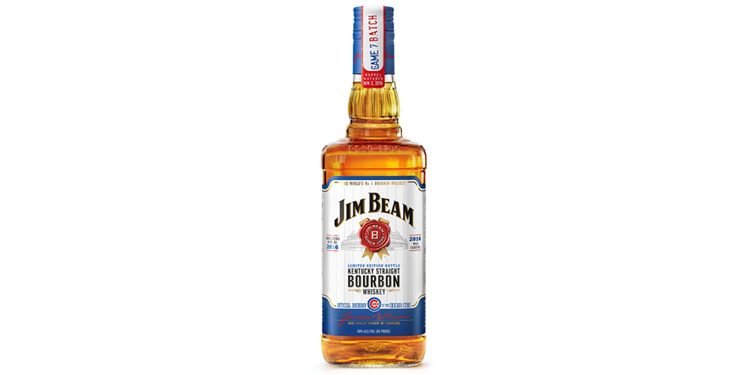 In April, Jim Beam revealed their new Jim Beam “Game 7 Batch.” The release commemorates the Chicago Cubs first World Series win since 1908. There were quite a few comments claiming that Beam was piggybacking their way to make a few bucks. Cubs fans are excited and ready to buy anything that’s red and blue with a large “C” on it. Most people don’t realise how deep Jim Beam’s Chicago roots go. Aside from the distillery location, Jim Beam is a Chicago company.

There’s no doubt that the Beam’s have a rich history in distilling whiskey. “Rich history” is an understatement. Limiting the Beam’s to only the Jim Beam Distillery sells the family history short as well. In fact, a “Beam” has been a part of almost every distillery that mattered for the past 200+ years. This post is about Jim Beams ties to Chicago.

If you take a distillery tour you’ll hear about the lineage of Beam’s Master Distillers. Starting with Jacob Beam in 1795, the family history tracks all the way to the 7th generation, and current Master Distiller, Fred Noe. Jacob Beam was making whiskey since 1795. But, his great-grandson, James Beam, sold the Clear Springs Distillery before prohibition. A few years later, James Beam purchased the Old Murphy Barber Distillery in Clermont. He planned on turning it into a quarry. With Prohibition repealed, those plans changed. Joined by his son T. Jeremiah, his Brother Park and Park’s two son’s Earl and Carl Beam James Beam founded the James B. Beam Distilling Company in 1934. There was one problem, money. The Beam’s turned to a group of Chicago investors. With the influx of capital from the Chicago investors, the Beam’s completed construction on the distillery. The Beam’s completed construction in (an unbelievably fast) four months.

Since that time the Beam’s haven’t owned the company. Beam has maintained an office in Chicago (Deerfield), IL from the start. The corporate office moved to Chicago in 1949. This move came after the passing of James Beam. After James Beam passed away T. Jeremiah took over as President and Master Distiller.