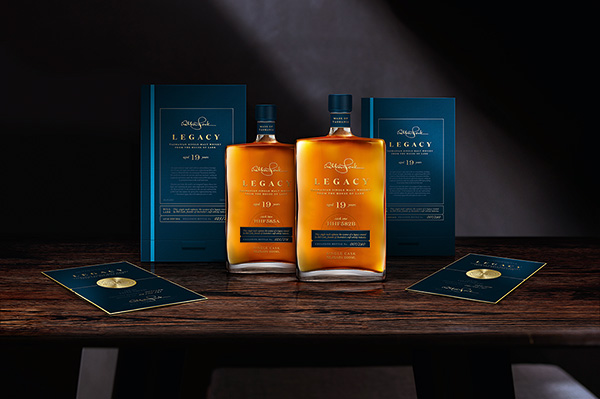 Tasmania’s Lark Distilling Co. is set to unveil an unprecedented single malt with an extraordinary heritage — Legacy. This 19-year-old Tasmanian single cask whisky captures the essence of a legacy created by Bill Lark, the founder of Australia’s craft spirits industry.

The inaugural Legacy will be released as two single casks — HHF582B and HHF585A, both distilled by Bill Lark, founder of Lark Distillery, during his tenure as head distiller at a renowned Tasmanian distillery. For nearly two decades the spirit was nurtured, soaking up complexity and history under the careful watch of Lark before finding its permanent home in the Lark bond store.

Nineteen years later, the result is the inaugural Legacy release; two single casks containing the rarest, oldest single malts ever to emerge from the House of Lark. A rich testament to the care and craftsmanship of Bill Lark that captures the spirit of his original pioneering vision, a Tasmanian legacy that will endure for years to come.

On the nose, Legacy HHF582B has alluring aromas of Medjool dates, fig, green olive, and gingerbread dough and finishes with subtle hints of coconut, cloves, and toasted walnut. In contrast, Legacy HHF585A begins on the nose like an old attic filled with nostalgic memories of salted caramels, liquorice, and peppermint ice-cream, elegantly finishing with dark chocolate, coffee, nougat, and nutmeg.