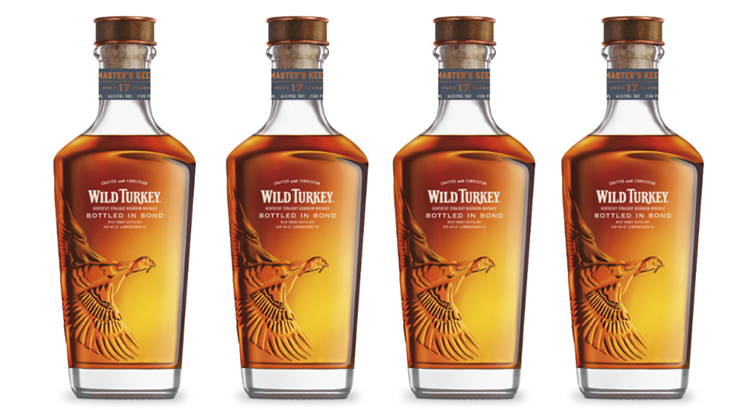 The bottling is the second-ever Wild Turkey bourbon to carry the bottled-in-bond label, an American certification that guarantees the authenticity of the production process and ensures incomparable flavour and consistency.

To carry the bottled-in-bond label, the bourbon must be the product of one single distilling season from one distillery, aged in a U.S.–federally bonded warehouse and artfully bottled at 100 proof.

Eddie Russell, Master Distiller at Wild Turkey, said his team took the historic process and protocol of ageing for four years to the next level with their new release.

“We allowed the liquid to rest for 17 years to age and perfect this rare bourbon in the Wild Turkey Camp Nelson rickhouses. This expression is a nod to the past, both of our own heritage and the heritage of American whiskey-making as a craft,” said Eddie Russell.

Wild Turkey’s first-ever Bottled in Bond whiskey was released in 2007 and was the oldest American whiskey entrant in the U.S. market at 15 years of age.

This inspired Wild Turkey to release a bolder flavoured bourbon, which was accomplished by tasting several different batches and landing on an older whiskey that had the distinctive merits of a deeply aged liquid. These taste markers inspired Eddie Russell, Master Distiller at Wild Turkey, as he worked on this latest Bottled in Bond release.

The limited release Master’s Keep Bottled in Bond is initially available only at mybottleshop.com at RRP $250 and to the wider market from October.