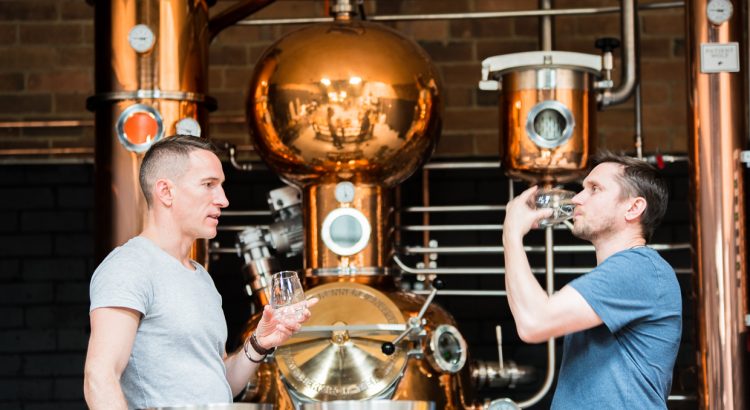 The brand is the brainchild of business partners Matt and Dave Irwin, who have travelled the world learning everything they can about gin distillation from still makers, gin experts, craft producers, and even the farmers who supply their botanicals.

While the gin is distinctly Australian, it has a touch of international flavour as well, with renowned master distiller Anders Bilgram, from Nordisk Branderi distillery in Denmark, testing samples for the duo from the other side of the globe.

Patient Wolf is creating their gin in a custom built 230L Müller copper still, made in Germany.

It’s only one of two Müller stills in Australia and is the only one with a patented Aromat column, which allows for more delicate botanicals – like ruby grapefruit and elderflower – to be vapour infused in the carter head instead of traditionally being placed in the pot with the other botanicals.

Argus says of the still: “We spoke to many still manufacturers around the world. We want our Gin to be up there with the best in the world and we wouldn’t have done ourselves justice by purchasing just any still.

“That’s why we commissioned Müller to custom build our still. It took over a year to make and once we tasted our first few test batches we knew we’d made the right decision.”

Patient Wolf’s Australian Dry Gin is a modern take on the classic London Dry. Made using native and exotic botanicals – including Tonka beans, which are native to Central America – and Australian citrus. The runs of the spirit will be small, and the company is almost at its Pozible target for the first and second batches.

“We’re a small batch, handcrafted producer of gin. Each run will produce only 160 bottles. We’ll be handwriting the batch number and the distillation date on each bottle,” says Argus.

As for the name? Irwin says it’s linked to Prohibition America – the golden age of cocktails and Hollywood.

“It’s linked to a famous quote by Lana Turner, an American actress from prohibition times,” says Irwin. “Besides the link back to the cocktail culture, we also feel it represents our gin, which is refined, sophisticated but with a bit of edge and attitude to it.”

“A gentleman is simply a patient wolf.”