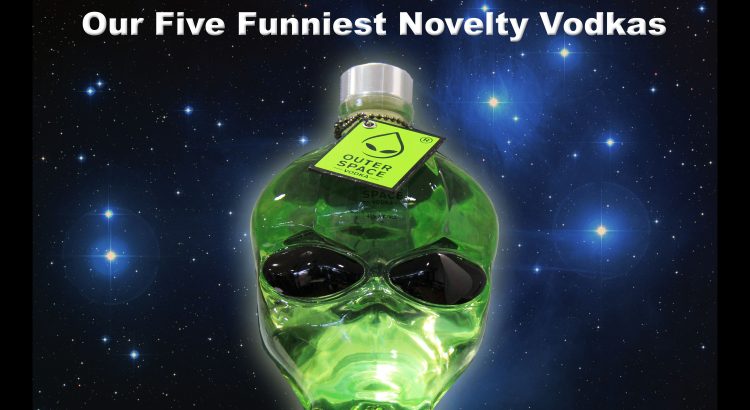 Here at MyBottleShop, we’ve had a variety of quirky vodkas come into our collection over the years. These are the five that we found the funniest, so feast your eyes on these:

Equipped with a quirky, high-speed cocktail pourer, this premium Moldovan vodka can fire up any party! Though it may seem gimmicky, the vodka within is very well made; triple-distilled with Eastern European winter wheat. To add a little flair to your next function, buy a bottle of Firestarter Vodka. 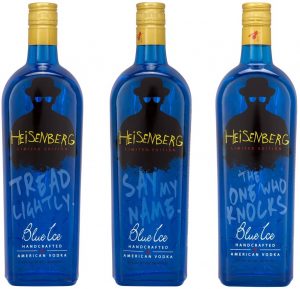 Just like the substance this character was famous for making, Blue Ice is carefully crafted in the United States to be a perfectly pure product. While it’s produced in a state-of-the-art distillery instead of a desert drug lab, each bottle is emblazoned with Breaking Bad’s main character (and one of his memorable quotes). If you’re a fan of the show, as well as fine vodka, buy yourself a bottle of the Limited Edition Blue Ice ‘Heisenberg’ Vodka. 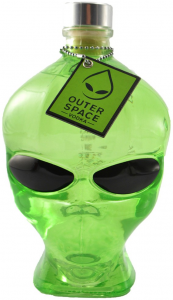 Seeing little green men is generally a sign that you should stop drinking. Of course, Outer Space Vodka’s unusual bottle is an exception to that rule. Presented in a thick green glass bottle which is out of this world, it is a multi-distilled spirit made from fine Iowa corn (farmed in fields which frequently feature crop circles). If you’re an earthling after an interesting addition to your liquor-shelf, abduct yourself a bottle of Outer Space Vodka. 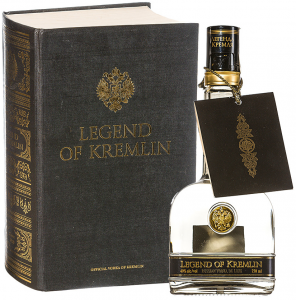 Packaged in a book which wouldn’t be out of place on a Russian bookshelf, Legend of Kremlin is a quality vodka which wouldn’t be out of place on your top shelf. Supplied to the Russian Parliament in its secretive book packaging, it is an oily, smooth spirit distilled with water from the maker’s own artesian well. If your bookshelf can keep a secret, buy yourself a bottle of Legend of Kremlin.

While whatever you do with the empty bottle is none of our business, this very good spirit should be enjoyed as more than a gimmick. Six times distilled and four times charcoal filtered, the 174 year old recipe inside each bottle makes Bong Vodka more than a novelty. In addition, the exceptional artwork on the neck of the bottle would make a beautiful addition to your liquor cabinet (or that box of Bob Marley records under your bed). Take a rip on Limited Edition Sugarluxe Bong Vodka today.