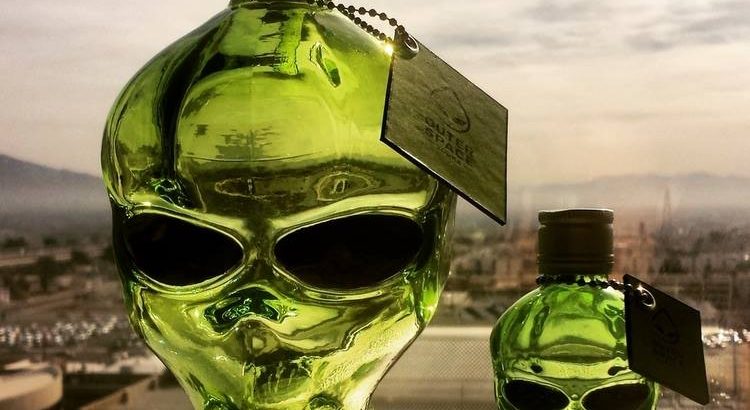 Outer Space Vodka is a multi-distilled vodka that comes in a bright green glass alien head bottle. It will be available in early June, 2016 in Australia.

Outer Space Vodka is a neutral multi-distilled spirit made from mid-west American grain that claims to have been filtered through “meteorites more than 4 billion years old” and is “best enjoyed by earthlings when released from a cryogenic freezer.”

Outer Space Vodka does come in a really cool alien head bottle (in 50ml and 700ml sizes for Australia). The alien head bottles are made from thick green glass and looks very cool sitting on your home bar or book shelf. Outer Space also makes for some funny situational photos.