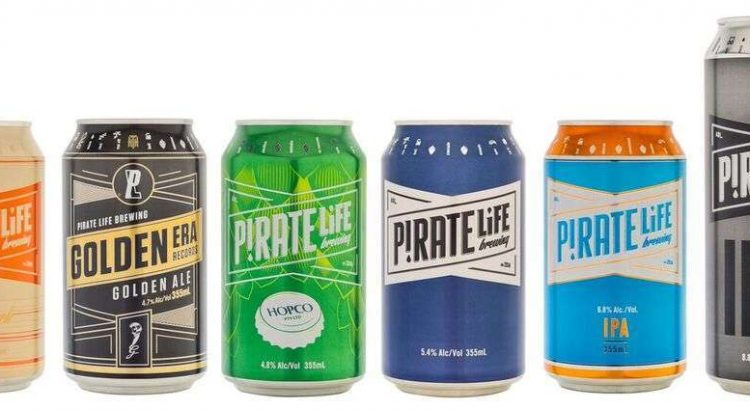 Head brewer Jack Cameron explains that the Pirate Life name and brand is less about eye-patches and cutlasses and more a state of mind. “We want to make beer with bravado and unbridled passion,” he said. “Pirate Life means carefree and relaxed but uncompromising about quality and flavour. “

“Adelaide was our first choice to make our beers because it’s a small city with a really hot food, wine and pub culture. It’s somewhere that embraces its youth, and has a really pumping festival scene. Strategically, Adelaide also sits perfectly between key markets either side of the country and as we expand we need to be able to distribute kegs to on-premise pubs and restaurants nationally.”

“All of our beers will also be sold in 355ml and 500ml cans, something that will be a point of difference but is far more than a gimmick. Our experience tells us it keeps the beer fresher and of course it’s better for the environment.”

As young blokes that are old hands in the beer game, Jack and Red have the pedigree and passion for brewing from their experience around the world. “We both met while working at BrewDog in Scotland.” Brewery Manager Red Proudfoot explains. “We lived together, worked together, and after hours drank together, dreaming about building a brewery back in Australia one day.” “I came home to brew at Cheeky Monkey in Margaret River while Jack came back to learn from the guys at Little Creatures in Freo – With some help from Jack’s old man, Michael,and a bunch of mates, we managed to bring the Pirate Life dream to reality.”