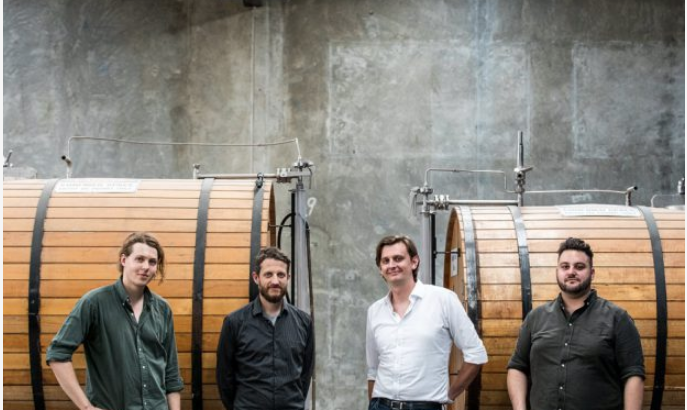 Popular independent craft brewery, Stockade Brew Co has revealed plans to lay down its roots in Marrickville with the opening of a brewery, bar and tasting room in Sydney’s inner west.

The Marrickville bar and communal dining area will be able to fit 250 guests and will also contain an intimate tasting room for 14 people. The new venue has been created by Stockade’s Anton Szpitalak who, having launched the company in 2015, said he wanted to create a space where people could enjoy their beers but also somewhere that people could come to for good food and a cocktail.

“We’ve been really fortunate to have earned a lot of support for our beers over the last few years, so opening a space in the home of Sydney micro-brewing felt like the natural progression” Szpitalak said.

“A brewery is a place for a beer drinker to connect with brewers and the process behind it, so having the tasting room at the heart of the warehouse brings this to the forefront.

“It was equally important for us to create a space that also suits those who might not drink beer, but still want to come out and have a good time. We are really excited to have collaborated with suppliers such as Urban Winery Co and Eat Drink Collective to build and conceptualise an expansive food and drinks offering that is truly unique to this brewery.”

Venue Manager Jason Soto is working closely with Urban Winery Co and a range of Australian craft distilleries to create the wine and cocktail list, which aims to cater to a range of tastes. Wines will be blended on site and aged in Stockade barrels, while cocktails like the gin-based ‘Hop Scotch’ or ‘Old Money Brandy Balloon’ will use a rotating roster of spirits infused with Stockade hops.

In terms of the beers the venue plans to have a range of four core Stockade beers, 8 Bit, Chop Shop, Duel and Hop Splicer, plus limited edition brews and four revolving guest taps for other independent breweries. There will also be a range of barrel-aged beers created and aged on-site and Head Brewer Daniel Fardon is currently brewing a 6.5 per cent Kentucky bourbon barrel-aged IIPA in preparation for launch.

On the food front, the team is joining forces with food trucks aficionados, Eat Drink Collective, to create a line-up of collaborations set to change monthly. Baby Rey’s is taking over for the first month, serving American-style burgers and fries.

One thought on “Stockade Brew Co to open brewery, bar and tasting room in Marrickville”