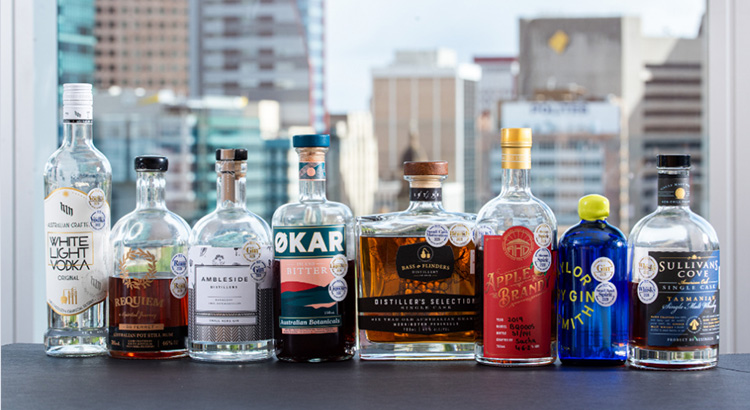 Winners of the third annual Tasting Australia Spirit Awards presented by Master Cask have been announced.

At an industry award event held on Saturday 26 September at The Gallery, trophies for best spirits went to:

This year’s awards attracted a record number of entries, with 255 unique spirits from 75 Australian producers.

Winner of the Best Distiller overall went to Hahndorf based Ambleside Distillers for two of its gold medal winning gins, the Small Acre Gin and the No. 8 Botanical Gin. Best Independent Bottler went to The Craft & Co, Gypsy Hub (VIC).

The winners were decided through three days of intensive tasting by a panel of expert judges, who for the first time this year were all South Australian due to travel restrictions.

World Whisky Award Hall of Fame inductee Bill Lark of Tasmania’s Lark Distillery was scheduled to judge the 2020 awards but was unable to make it to South Australia for the judging process.

“The Australian distilling industry is one of the fastest growing and most diverse in the world and the Tasting Australia Spirit Awards aim to recognise that ingenuity and energy,” said Lark.

“It has been a difficult and uncertain time for spirit producers of late and it’s great the awards could go ahead this year to celebrate the efforts and collaborative strength of this growing industry.”

Interim Head Judge and Tasting Australia Drinks Curator Nick Stock was impressed by both the quantity and quality of spirits produced for this year’s awards.

“I am thrilled with the number of entries we received this year, up 58% on the 2019 competition,” said Stock.

“The refinement and careful craftsmanship seen among the top awards is a strong theme this year, with distillers really honing their approach and producing convincing quality across a diverse range of styles. The competition for trophies was really hot this year.

“Additionally, the number of medals awarded is a great result given the significant rise in entries. More than three-quarters of all entries received a medal, 35 of which were awarded a prestigious gold medal ranking. This strong overall performance really reflects that we have such a vibrant and talented distilling industry in Australia, and we are thrilled to promote and support it through the Tasting Australia Spirit Awards.”

In addition to the industry-specific awards presentation, the public can taste spirits entered into the awards at various Adelaide venues, with the aim to support the hospitality industry and encourage people to visit the city’s small bars.

Spirits from all 11 awards categories, including category medal-winners, will be delivered to various bars across the Adelaide CBD including Maybe Mae, Yiasou George, 2KW and Hellbound.

Stock says this decision follows consultation with industry and partners, bringing many added benefits for entrants.

“It is a cornerstone of Tasting Australia’s ethos to support industry, not only during the festival, but throughout the year. The Tasting Australia Spirit Awards taking place ahead of the festival gives us the ability to really highlight the award-winners and maximise their benefit in participating in the awards,” he said.

For the full list of Spirit Award winners including medalists, visit www.tastingaustralia.com.au.