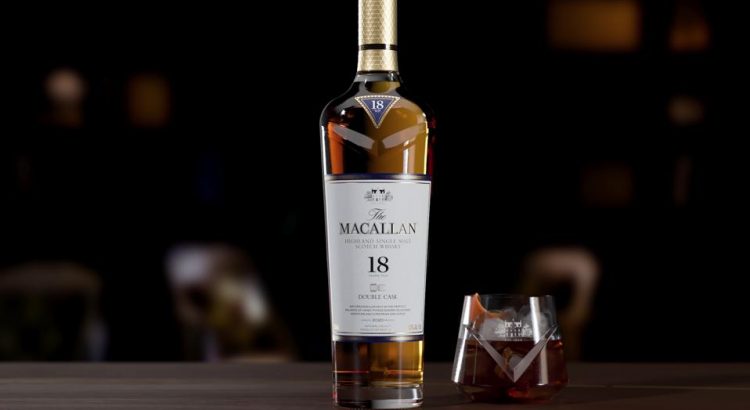 Today The Macallan announces the release of two permanent additions to its Double Cask range of single malt whisky. Joining the existing 12-year-old expression are 15 year and 18 year age-statement variations. The series debuted in 2016 as a balanced showcase of liquids aged in both American and European oak casks, previously seasoned with sherry. The newcomers provide more of the same with the benefit of added time in the barrel. Here’s a little sneak peek at what’s inside the bottle.

The Macallan Double Cask 15 Years Old pours a golden butterscotch hue, wafting hints of toffee and baked apple towards the nose. Its palate is marked by the presence of sweet raisin and barrel spice, ceding to a warming ginger and orange cream in the finish. Its ABV clocks in at 43% and it wears a suggested retail price of $135.

The Macallan Double Cask 18 Years Old offers a slightly darker amber in its body. In the aroma are top notes of nutmeg and clove, overlaid above the toffee and ginger elements familiar to its younger sibling. On the tongue, sultana, Christmas cake and caramel takes hold. More ginger and fruit zest emerge in the finish, this time arriving upon a more full-bodied vehicle. It is also an 86-proof liquid, but those extra three years of maturity come at a premium—$330 for a 750ml bottle.

“Oak influence is the single greatest contributor to the quality, natural color and distinctive aromas and flavors at the heart of The Macallan’s single malts,” explains Kirsteen Campbell, Master Whisky Maker at The Macallan. “We are proud to offer two new expressions to this distinctive range for fans to explore.”

More specifically, it is estimated that anywhere from 60-75% of a whisky’s flavor is owed to the barrel. Given The Macallan’s devotion to this element of production, it shouldn’t be too surprising that the brand’s offerings continually shatter records for world’s most expensive single malt at auction. There liquid is chockfull of robust, complex tonalities that connoisseurs clamor for.

In the case of the Double Cask range, timber is sourced from the forests of northern Spain and the French Pyrenees—along with staves collected stateside in Ohio, Missouri, and Kentucky. They all converge in Jerez de la Frontera, Spain where both oaks varieties are formed into casks and filled with sherry.

American oak (Quercus Alba) is characterized by denser grain than its European counterpart. European oak (Quercus Robur) is looser, allowing the liquid stored inside to penetrate deeper into its layers. The former introduces those sweet components of caramel and vanilla during maturation. The latter exerts more savory threads including peppery spice.

The Macallan’s Master of Wood, Stuart MacPherson, oversees the seasoning of both types of casks in southwestern Spain, before they are shipped to the distillery in Speyside, Scotland. After being filled with new-make spirit, they slumber within the respective oaks for a minimum of 12 years. Then it’s up to the blenders to arrive at the optimal balance between the properly aged barrels.

Finally it’s now up to you to decide how well they’ve performed that task. Bottles of the new core expressions hit shelves globally this month.