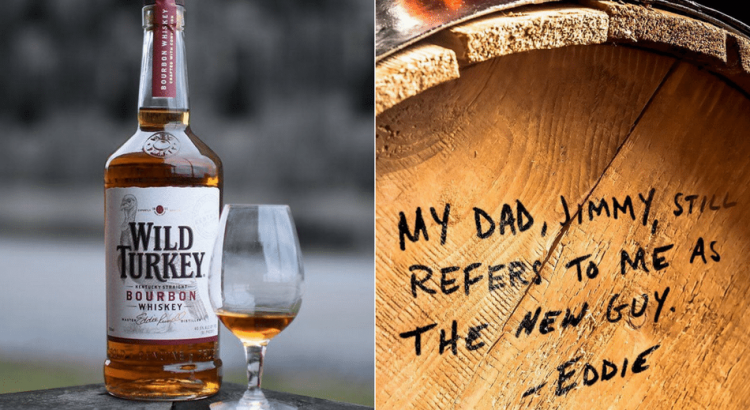 The Wild Turkey Bourbon brand started as an NDP (non-distilling producer), but eventually came to produce what are some of the most loved bourbons ever made. This is partially due to the long-time commitment to 101 proof bourbons, the use of lower barrel entry proof, and the fact that for decades the youngest whiskey offered was aged 8 years. Eventually, as is the case with most brands, age statements vanished, proofs were lowered, and barrel entry proofs were raised.

The story starts with the Ripy Bros. distillery, built in  1935. The Ripys had been distilling bourbon since the late 1800s, and had built a name for their pre-prohibition brands. The Ripys made bourbon at the Lawrenceburg distillery for their own brands, including Old Ripy Bourbon, as well as contract distilling for others.

Austin, Nichols & Co. were a grocery wholesaler in New York City who had started to focus primarily on wine and liquor sales by the 1930s. They had product distilled under contract for them, and came up with the Wild Turkey brand in 1940 to appeal to hunters and have a generally rustic appeal. The legend is that a higher-up would bring his best stuff turkey hunting with his buddies, and they started asking for “some of that wild turkey whiskey.”

The Wild Turkey brand was made from bourbon distilled at several plants, most likely Bernheim, Barton, Beam, and Schenley. But their biggest supplier was Ripy Bros. On July 1, 1972, the Ripy distillery in Lawrenceburg was purchased by Austin Nichols, with Jimmy Russell as master distiller, and henceforth all Wild Turkey was distilled there. If your bottle was distilled before ’72, the whiskey could have been made at any number of places.

The most revered bottles are generally from the late 1970s to the early 2000s. They include the Wild Turkey 8 year 101 proof, the 12 year 101 proof which came in three different bottle designs, early versions of the Rare Breed and Kentucky Spirit, the 10 year 101 proof Russel’s Reserve, and special editions like the Tribute, American Spirit, and several Japan exports.

-1934- Austin Nichols entered the spirits business as an importer, eventually contracting its own brands.

-1958-59- The bottom of the front labels changed from stating “Brooklyn – New York” to “New York, NY” during this time frame.

-1972- Austin Nichols bought Ripy distillery. At this point the bottom of the front labels changed from saying “New York, NY” to “Lawrenceburg, Kentucky.”

-2002- The cap on Kentucky Spirit turned to dark wood without a logo (“smooth dark”).

-2004- Tribute 15 yr was released. The story is that Jimmy Russell was asked to create the best bourbon he had ever bottled in tribute to the company, but it was really in tribute to his 50th anniversary as master distiller.

-2005- The cap on Kentucky Spirit turned to dark wood with a logo (“dark embossed”).

-2008- Kentucky Spirit turned to light wood with a logo.

-2009- Wild Turkey Tradition 14 yr was released. The company was sold to Campari.

-2011- A New Distillery came online at the Lawrenceburg site, replacing the old Ripy distillery that operated for 76 years.