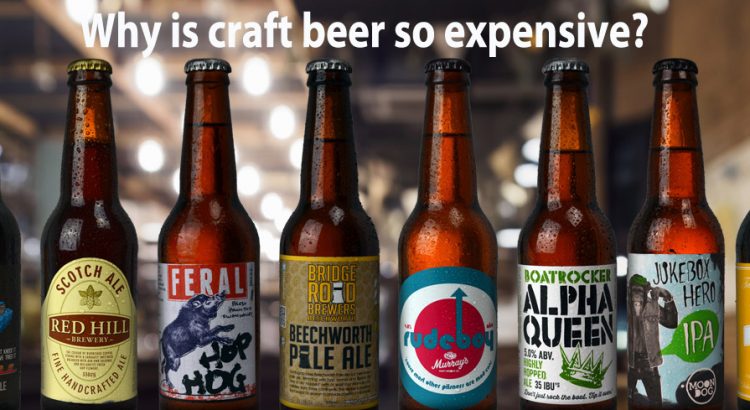 “Good work ain’t cheap and cheap work ain’t good”
A statement that encompasses the soul of the craft beer industry world wide, gone are the days of a small generic selection of beers in favour of an ever expanding range of uniquely brewed delights that can satisfy even the most timid of new comers. Beer has been with us since ancient times and has been evolving ever since, taking the simplest of ingredients, water, grain, yeast and hops and giving forth a plethora of styles from every corner of the globe.

As the demand for beers with individuality increases there is space opening up for smaller breweries to begin popping up all over Australia and the world, with them new insights and techniques are given room to grow. Mostly we find that craft beer breweries are shying away from mass production and moving into experimental brews using locally sourced ingredients, lovingly produced almost as a passion project rather than an attempt to become the next industry titan.
For aspiring brewers, turning your passion project into a reality is a huge undertaking which is solved in part by the communal nature of the smaller microbreweries.
Big Shed Brewing co established their business in Adelaide’s Royal Park as a form of communal brewery. Although they still brew their own range of beers, including Californicator, there was a offer to other South Australian brewers to rent equipment and use the brewery, helping to give something back to the community.

Built on the idea of “quality over quantity”, craft brewers take a common style and make it their own. Brewcult’s Reset Robot Pale Ale uses New Zealand hops to give a full hop forward flavour all with a refreshingly low 3.5% ABV. Pirate Life Brewing’s IIPA or double IPA takes a similar but different approach using big malt, big hops and a high 8.8% ABV to create a balanced and delicate flavour to be savoured. This is the fan favourite of MyBottleShop employees (pictured). While Exit Brewing’s Milk Stout takes the dark roasted coffee flavours you’d expect from a stout and with the addition of lactose (milk sugar) to boil add an element of creaminess to the body and sweetness that helps cut through all the darkness. Temple’s Bicycle Beer combines a soft malt character with fruity hops and added ancient sea salt to bring it all together, giving us a well rounded beer that quenches a thirst on a hot day.

So why should we choose craft beer over a cheaper option?
New breweries and new brews come onto the scene so often that there is always something to try for the the first time, or a new version of an old favourite.  With so many options out there, there is always room to find something just for you rather than settling for the usual suspects – don’t drink more, drink better!