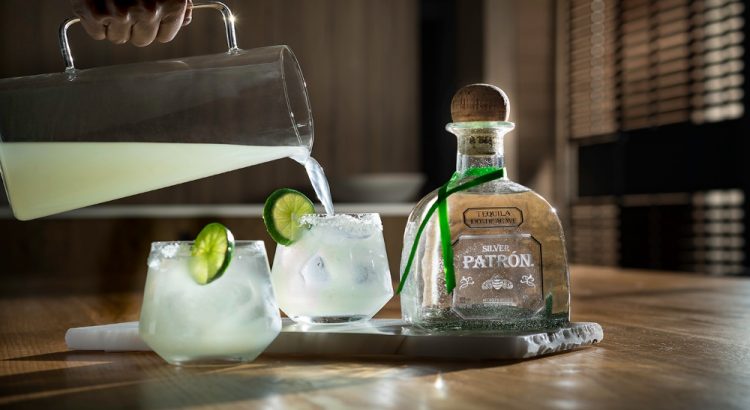 We are not sure who declared 22 February ‘Margarita Day’, but we’ll take it. Especially as it falls on a Monday which means there’s a whole weekend ahead of you to perfect your technique.

Drinks Trade spoke to Patrón’s Brand Ambassador, Joseph Chisholm, who, as one would expect, knows how to make the perfect margarita.

Chisholm joined Bacardi – Martini Australia in April 2019, right in the middle of the first lockdown. Prior to that, he had spent more than a decade working as a cocktail bartender and during that time participated in many national cocktail competitions, including Patrón Perfectionist from 2017-2019.

Chisholm says, “Patrón has earned its prominent place on the back bar due to its meticulous and unwavering commitment to crafting the world’s highest-quality artisanal tequila.

“Our Master distiller Francisco Alcaraz wanted to preserve the traditional methods of producing tequila and by doing so he developed Patrón’s house style, which blends tequilas made with two different processes, a traditional and a modern, for a complex and smooth tequila. That process has been part of Patrón since day one and has remained unchanged.

“We have over 1600 employees at Patrón, and there are 60 hands used in the production of Patrón tequila and everything is done by hand.”

“World Margarita Day is my favourite day of the year and here is my margarita recipe,” says Chisholm in an email sent from The Three Wolves in Cairns where he will be celebrating this year.

Shake in a cocktail shaker with ice, double strain into a chilled martini glass with a salt rim.

Another favourite of Chisholm’s is the classic Tommy’s Margarita, served at Sydney’s Chiswick, Woollahra

Shake in a cocktail shaker with ice, single strain into an old fashioned glass and garnish with a lime wheel. Or you can make a jug serve for the middle of the table for everyone to enjoy, just simply times each ingredient by 10 and add ice to the jug.

If you’d rather someone else take care of the worth, North Bondi Fish’s head bartender Shay Cullen has created a menu of margaritas for enjoy beachside imbibing all weekend long. Ranging from $10 – $18, the refreshing margaritas come in four flavours; spicy, savoury, salty & sweet.

And Bannisters on the New South Wales South Coast are throwing a party at the pavilion on Sunday for an afternoon of Margarita Madness. There’s a small bar menu to go alongside the beloved margys, including jalapeno poppers, tacos and churros to top it off.

As for us, we’re off to stock up on agave nectar!