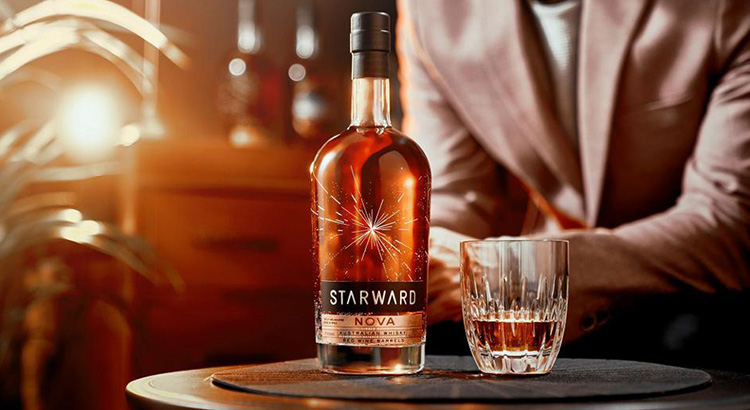 For most of my lifetime, whisky came from Scotland or Canada and whiskey Ireland, Kentucky or Tennessee. Yes, Japan made superlative versions, but for a long time they did not register on the radar here, and not so long ago when the craft distilling boom began, whiskies from places like the Hudson Valley seemed “exotic.”

Yet the passion for whiskies has long been global, and in recent years, so has production. But in most of these cases, it is not just a matter of where the whisk(e)y is made, but also what local grain it is made from or how regional climactic or cultural factors influence production. If France grows superb barley and has arguably the planet’s most experience with and access to barrels for different kinds of ageing, why not make whisky there? If ex-red wine casks lend themselves to ageing fine whiskies, why not red powerhouse Australia? If heat and humidity help whisky age faster, why not Israel? And if heritage breeds of corn passed down for thousands of years can make unique whisky, why not Mexico? Or, what if we took the best qualities of the best production regions on earth and mixed them up?

Today there are whiskies on the market here from some of the least expected places. Some of these are groundbreaking industries still awaiting maturity that mainly make great gifts for those with ties to the regions, while others are serious products that are already competing toe-to-toe with the long-established best. You could limit your lifetime consumption to whiskeys entirely from Scotland and Kentucky and do just fine, but the world’s a big place, and if you crave adventure, here are some whiskies from places most definitely not known for whiskey, however you spell it.

Israel: M&H Distillery (Milk & Honey) launched in 2012 as Israel’s first whisky distillery, and its products reached the U.S. market this year. The selling point is the Middle Eastern climate, as due to Tel Aviv’s high temperatures and humidity, the whisky matures and extracts color and flavor from the wooden barrels more quickly, just as rum in the Caribbean ages roughly twice as fast as whisky in Scotland. The result allows younger spirits to show characteristics of longer-aged whiskies produced in colder climates. MORE FOR YOUThe Best Face Masks According To Top Outdoor Gear SpecialistsFace Masks With The Best Filters, Features And Technology For Your Pandemic SafetyTop New Ski Hotels Opening For The Winter 2020-2021 Season

M&H has been making fortified wine and gin, but the U.S. launch coincided with the release of its Classic Single Malt Whisky, the first-ever commercial Israeli Single Malt, matured inex-bourbon and red-wine casks, to give it a light and balanced character with notes of vanilla and light oak, alongside subtle notes of black pepper.

M&H even more recently just released its “Elements Series,” presenting three different cask-influenced versions of its single malt whisky. These include peated casks from Islay, sherry casks from Jerez, and ex-red wine casks from Israel’s top winery. The M&H Distillery claims its Elements Sherry will be the first ever single malt whisky matured in Kosher sherry casks. There are also young “Whisky in Bloom” labels ($53) and a single cask version ($95). The prices are fairly high with the 2-year-old single malt fetching $99 and the Elements bottles at $62, but it is the Israeli novelty that makes it a great gift.

Australia: I got to taste both expressions of Australia’s Starward whisky, and I was surprised and impressed both by the whiskies themselves and the pricing. While some of these bottles from unusual locations make great gifts, this is one I would gladly buy to drink myself.  The Starwood Nova Single Malt ($55) was named Best Australian Single Malt at the World Whisky Awards as well as the San Francisco World Spirits Competition, where it also took home a Gold medal and title of World’s Best Craft Distilled Whisky. Starward Nova draws its influence from the big red wines of southeastern Australia, and is aged in casks used for Shiraz, Cabernet Sauvignon and Pinot Noir. The distillery maximizes the flavor of the wine permeated into the oak, to the point where the final product has a vibrant reddish hue. This creates a light and fruity whisky with noticeable red berries nose and flavor and a long spicy finish.

Starward’s Two-Fold Double Grain Whisky ($35) combines two quintessential Australian grains, wheat (60%) and malt (40%). The whiskies are matured in red wine barrels from leading local wineries. The result is an approachable yet full-flavored whisky that is a bit sweet, a bit fruity, with a wonderful dry finish from the wheat. This is a winner that I really enjoyed, and a bargain – the best buy in this piece. It took home a 2020 Gold Medal from the San Francisco World Spirits Competition, was named Best Australian Blended Whisky by the World Whisky Awards, and scored 92 and 90 points respectively from Wine Enthusiast and Whisky Advocate.

Mexico:Abasolo el Whisky de Mexico is distilled from non-GMO Cacahuazintle corn, a local ancestral breed that has been cultivated by local farmers for many generations due to its distinctive, delicious taste. Production includes nixtamalization, a 4,000-year-old process in which the corn is soaked and cooked in limewater, an alkaline solution. Some of the corn is then made into dry cornmeal powder, while some whole kernels are malted just like malted barley in Scotch whisky. The two are combined in distillation, using hand built custom pot stills and the final product is 100% corn aged in a mix of new and used casks. While bourbon whiskey has to contain at least 51% corn by law, it also includes wheat and rye unlike this true corn whisky. It’s safe to say there is nothing else like it, and every drop is produced in Jilotepec de Abasolo. The whisky ($40) has very little wood, is at the lightest pale golden end of the whisky color spectrum, and tastes young, but it is smooth, especially when compared with the moonshine-style domestic corn whiskies I have tried. You get a little of the sweet honey and vanilla of corn, but also a noticeable roasted grain flavor – one rater described it as tortilla, which I have never seen in a whisky review.  At this time it is available in New York, Texas, Florida, California, Colorado and Illinois, as well as online.

France: Alfred Giraud harnessed its location and industry experts to start making two expressions of French Malt Whisky – in Cognac. The company is known for quality and for its representation of all things French, like Cognac, and for the whiskies they take a hands-on “grain to glass” approach, beginning with French grown spring barley that they malt in-house. They carefully select casks from Cognac, of course, as well as ex-wine and new wood. Their goal is to create a middle ground for lovers of scotch whisky, Japanese whisky and cognac.

Both labels are blended from whiskies aged in three different woods, but Heritage ($155) is smooth and subtle while Harmonie ($190) has more intense peat forward flavor. These are high-end crafted whiskies in beautiful bottles with complex nose and palate, produced in very small quantities, and the excellent Heritage, which I preferred because I don’t love peat, won the coveted Double Gold at one of the world’s most pre-eminent contests, the San Francisco World Spirits Competition.

Everywhere? Global spirits giant and whisky/whiskey specialist Beam Suntory just released (two months ago) the first-ever “world blended” whisky. Suntory World Whisky Ao is blended from whiskies made by five of the most renowned distilleries in Japan, Scotland, Ireland, Canada and the U.S. Ao means blue, referring to the oceans that connect these distilleries.

Fifth generation Suntory chief blender, Shinji Fukuyo, carefully selected the liquids and said: “Ao is an exceptional whisky which, through the art of Suntory blending, allows you to enjoy the unique characteristics of all five major whisky-making regions.” I have not tasted it, but the company describes it thusly: “The one-of-a-kind whisky is a tribute to the liquids’ long history, perfectly capturing the heathery flavor of Ardmore and Glen Garioch in Scotland, the complexity of Cooley in Ireland, the smoothness of Alberta in Canada, the vibrance of Jim Beam in the U.S. and the subtlety of Yamazaki and Hakushu in Japan. With notes of vanilla, tropical fruit and cinnamon, it is the distinctive climate, fermentation and distillation processes in each whisky-making region that give the whisky its unique taste.”