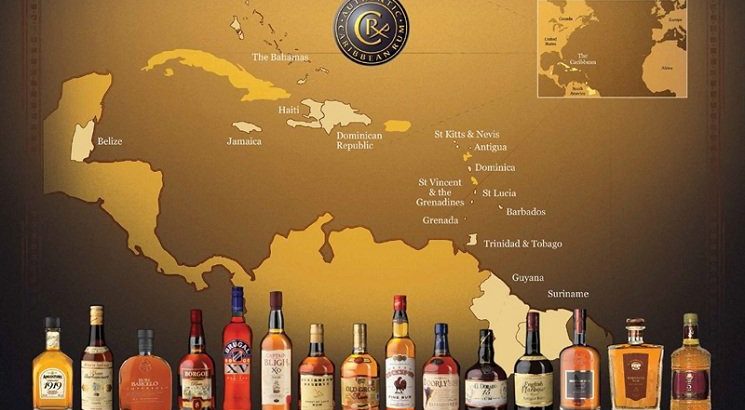 Depending on the island where your drink was distilled, Caribbean Rums bring as much variety as the islands themselves. Some come close to whiskey, while others are closer to sugar-water. Below is a guide to the best of these islands and their signature spirits:

Cuban rum tends to come clean and crisp, with a light body and quality you can taste. It makes sense, since they are made to be enjoyed with a rich Havana cigar. An excellent example is Havana Club’s Anejo Reserva (700mL), which opens up complex, lasting aromas of cacao, coffee, tobacco and spices. See that you add this incredible Cuban to your collection.

Brazil distills a curious, colourless spirit named cachaca. It is often made using the sweet juice from the first press of unrefined sugarcane, though this is occasionally combined with molasses. Though made in flavour-preserving pot stills, it is unaged. This makes it fiery, and much fiercer than regular rum. As this sweet spirit is Brazil’s national liquor, there is a great variety of bottles to choose from. Luckily we have blah.

Barbarian rums pick the interesting procedure of being produced with both the pot and column-still method. While this lends itself to an array of different styles, they are often both light-bodied and sweet. For a fine example of Barbadian rum, you’re best to get yourself a bottle of Mount Gay’s superb Silver Rum.

Though they are smooth and fine, Haitian rums hit with a full amount of flavour. This comes as a result of their intricate distillation, which was directly inspired by French tradition. This procedure involves double distillation in small pot stills before ageing in oak casks. The results are full-flavoured and among the finest in the world. For an example you can feel on your tongue, try a bottle of our Baron Samedi Spiced Rum.

Though there is great variety across each island, it is particularly concentrated in Jamaica (and exemplified in Appleton Estate). While they range from light and clear to dark and full-bodied, most tend towards the latter with distillation in clay pots and post-distillation blending. An excellent example can be sampled in our beautiful bottle of Appleton Estate 12 Year Old 750mL.

Demerara rums, which are decidedly rich, are given to us by Guyana. Similar to Haitian rum, they are produced in both pot and column stills for some seriously intricate flavour. Following this, they are aged for incredibly long periods (some as long as twenty-five years). For this reason, a few are blended with lighter rum. An excellent example of Guyana’s golden spirit can be explored in one of our bottles of Plantation’s Guyana Old Reserve Rum 2005.

Known as a prolific producer of rhum agricole (from sugarcane juice) and rhum industriel (from molasses), Martinique also uses the marvellous combination of column and pot still to explore the intricacies of both of these styles. Typically the rhum is then aged for three years in barrels which formerly held brandy, further enhancing their interesting and intoxicating character. To make this impression on your own taste-buds, buy one of our bottles of Bally Rum Agricole 3 Years 700mL (in a beautiful pyramid bottle).

Light to medium-bodied, Trinidad rums are typically produced in column stills and boast tropical floral notes. They are also quite estery, making them as intriguing as they are easy to drink. For a true taste of Trinidad, try Plantation’s Overproof Original Dark Rum (700mL).

Dominican rums are distilled to be distinct. Full-bodied and full of flavour, they are distilled in column stills to increase their strength before being aged to optimise their taste. For a delicious taste of the Dominican Republic, try Ron Matusalem Solera Rum 7 (700mL).

Typically bearing light bodies, Puerto Rico is a prolific producer of popular rums (including the ‘Cuban’ rum Bacardi). Puerto Rican rum typically packs an appealing amount of spice, making their flavour something to savour. For one of the best examples of Puerto Rican rum, try an aged bottle from our Bacardi range.

While similar to the spirits produced in Puerto Rico, these rums are typically richer. They bring a distinctly medium body, and tend to have a more distinct molasses flavour than their distanct cousins. For a perfect example of the Virgin Island’s unique rum, try a flask of Pusser’s Nelson’s Blood.