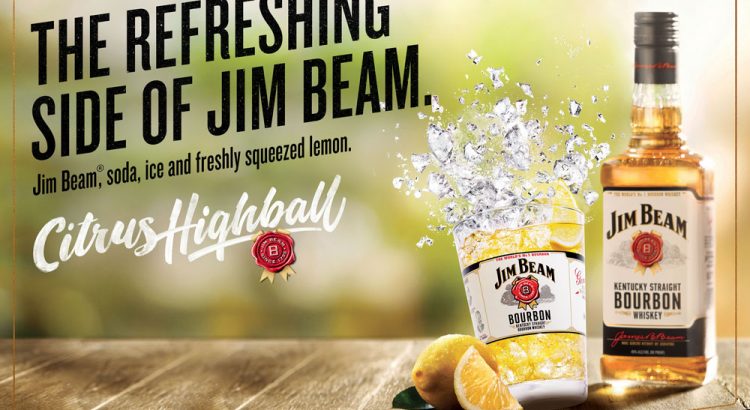 Jim Beam’s Citrus Highball (ABV of 4.8%) ready-to-drink (RTD) beverage is ready to launch in Australia during August 2016 in time for the 2016/17 summer season.

Coca-Cola Amatil and brand partner Beam Suntory are backing the new citrus highball to unlock long-term growth in the RTD market, by appealing to new drinkers of both genders.

“We’re committed to working closely with our partner Beam Suntory and with our customers to reinvigorate the bourbon category in Australia,” said Shane Richardson, CCA’s MD of alcohol and coffee.

“Coming off the back of the recent arrival of Double Oak, the global rebranding of the Jim Beam trademark packaging, and the introduction of our nationwide Bourbon Legends platform, this latest product launch is another example of the kind of exciting innovation that we believe is needed to reframe the bourbon category and drive growth in today’s challenging market.”

The launch makes Australia the second country after Japan to sell the JB citrus highball.

Jim Beam Citrus Highball  is available from Online Drinks Shop MyBottleShop from August 8. It comes in a 375ml can and is available in both six- and ten-pack formats. Its launch will be supported by a $3 million national advertising campaign (October 2016 to March 2017) including ATL and digital advertising, in store promotions and sampling campaigns.